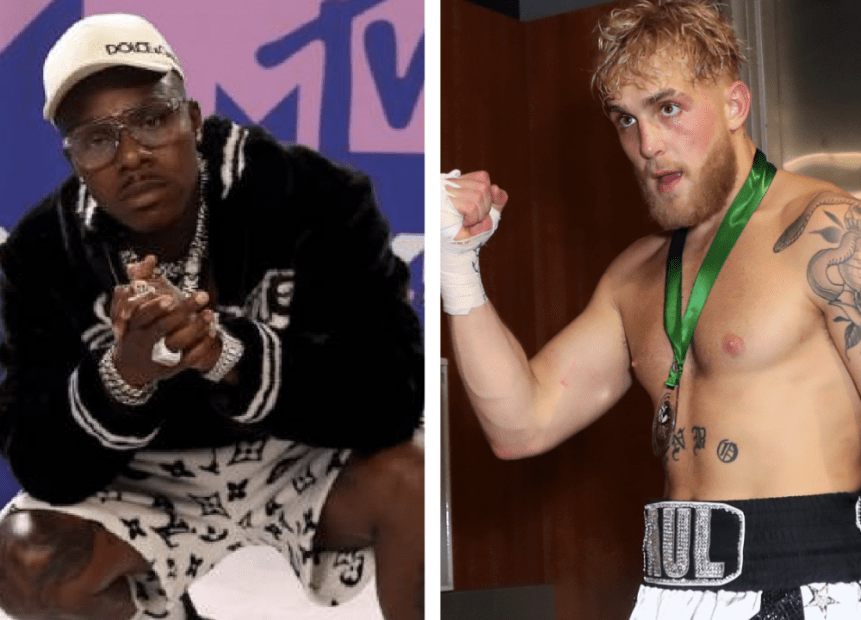 LOS ANGELES, CA – The #NateRobinsonChallenge has taken social media by storm ever since the former NBA player got knocked out in the second round of his fight against YouTube star Jake Paul over the weekend, which preceded Mike Tyson’s return to the ring for the first time in 15 years.

DaBaby was originally feeling bad for Robinson to the point he felt compelled to fight Paul for him, but those aggressive emotions definitely subsided.

DaBaby and Stunny 4 Vegas pulled up on Jake Paul at an L.A. studio on Monday night (November 30) to play him some new music and even sprawled out on the floor to give his best Nate Rob impression for the latest #NateRobinsonChallenge, but with a blunt in his hand.

Da Baby was in the studio with Jake Paul & did the Nate Robinson Challenge 😫 pic.twitter.com/jX9QVQ1d6S

“Bruh,” he wrote. “I couldn’t have been the only one that wanted to jump in when he did Nate that bruh. I feel tried dawg.”

Bruh… I couldn’t have been the only one that wanted to jump in when he did Nate that bruh. 😡😡

DaBaby then went to his Instagram Stories to speak out about how it felt like “his people hit the floor” when Robinson went down and he made him want to hop in the ring.

“@Jakepaul you dead wrong for putting cuz down in front of the world like dat,” he wrote. “It’s all good Nate you win some you lose some nigga.”

On the music side, the Charlotte native commemorated his late brother with a surprise My Brother’s Keeper (Long Live G) EP last month. DaBaby’s older brother Glen Johnson died by suicide on November 3. The “BOP” rapper said his brother struggled with mental health issues and often referenced him in his music.