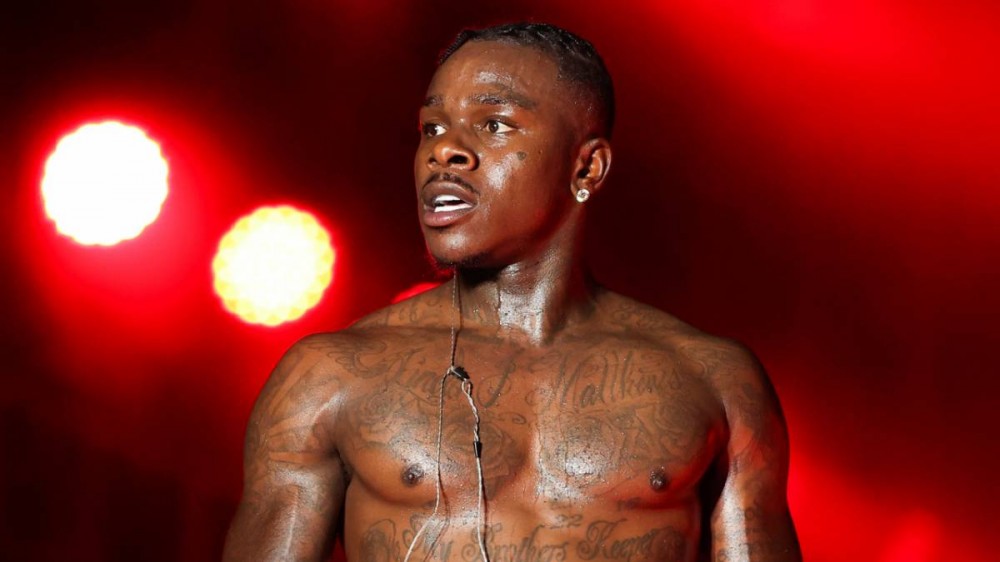 Dubai, UAE – DaBaby appeared to have the time of his life during a recent trip to Dubai. The Charlotte native was in promoter mode when he attended Dubai’s Social Knockout 2 boxing event at the city’s Coca Cola Arena on Friday (October 15).

Baby escorted headliner Rashid “Money Kicks” Belhasa to the ring while playing hype man and getting the crowd going. Belhasa ended up winning the main event fight against fellow social media influencer Ajmal Khan. The influencer fight industry is even booming stateside as well with the likes of Logan and Jake Paul leading the charge.

The “Suge” rapper reportedly performed at one point during the night alongside Giggs. Footage from the night saw DaBaby getting a ton of love from the crowd and the most viral clip had to be Baby flying into the ring and flipping over the top rope, but playing it off cool immediately after Belhasa’s victory.

Akademiks reposted the near-fail and fans clowned DaBaby in his comment section. “He thought he was rey mysterio,” one person wrote while another added, “This n-gga thought it was his turn to fight.”

While overseas, DaBaby is checking various activities off his bucket list on the trip. He tempted fate when he headed to a Dubai zoo to feed exotic domesticated animals such as lions, tigers and monkeys.

DaBaby is evidently brushing off the Rolling Loud controversy and still enjoying life while rolling with the punches. Fat Joe even recently hailed DaBaby as the modern-day 2Pac, which drew the ire of many on social media.

DaBaby wasn’t hesitant to accept the lofty comparison, replying to Joey Crack’s Instagram post with, “Agreed. but they gone salt that down too Crack.”