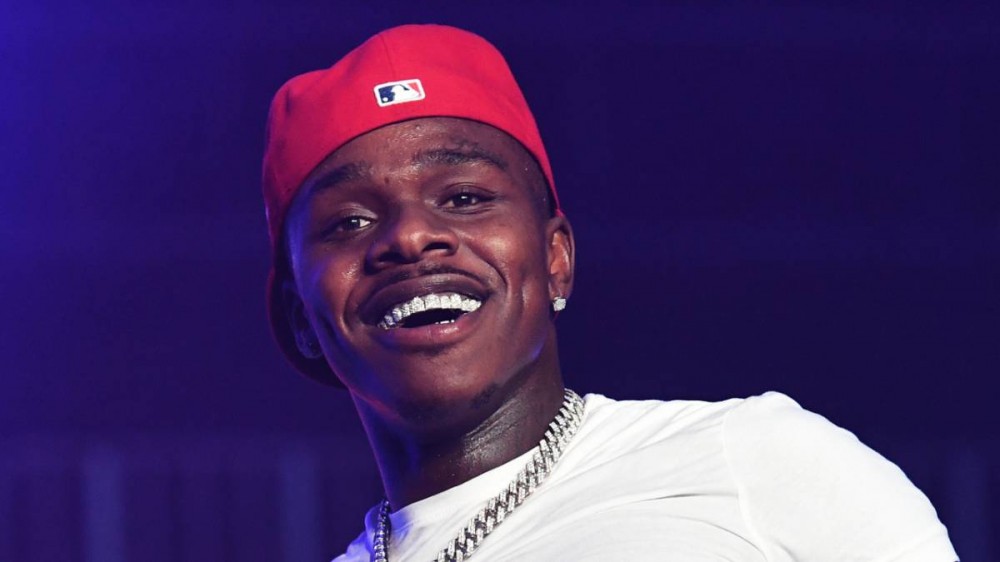 Charlotte, NC – Between his homophobic rant at Rolling Loud Miami and allegedly kicking his ex-girlfriend, DaniLeigh, and their newborn daughter out of his home (while filming parts of the argument on Instagram Live), DaBaby has been mired in controversy in recent months.

But the 29-year-old rapper conducted some image repair on Monday (November 22) when he helped feed 100 families for Thanksgiving in his hometown of Charlotte, North Carolina.

DaBaby announced his Billion Dollar Baby Ent. Thanksgiving Giveaway event on Instagram earlier on Monday, letting fans know they can meet him at a local Walmart where he’ll be handing out 100 gift cards to help cover the cost of Thanksgiving dinner.

“Paying for Thanksgiving Dinner for 100 families soon as I land back in Charlotte,” he wrote on Instagram. “WALMART (N. TRYON) @ 3PM. Tell somebody that need help to meet me there.”

True to his word, DaBaby pulled up to the Walmart in a bright green Lamborghini — and chaos ensued. The hometown hero was mobbed by hundreds of fans who had their phones out ready to catch a glimpse of the KIRK hitmaker.

In footage posted on his Instagram page, DaBaby can be seen perched on top of his car as the crowd chant his name. “NC LEGEND” he crowned himself in the caption.

According to Charlotte’s WBTV, DaBaby gave out a total of $10,000 at the Thanksgiving event — and it appears there’s more where that came from.

“FOR ANY FAMILIES WE COULDNT GET TO STAY TUNED FOR MORE DETAILS,” Baby wrote on Instagram following the event, promising to extend his generous Thanksgiving offer to even more folks in Charlotte.

As for his own Thanksgiving plans, DaBaby is set to perform at Club Ivy in West Palm Beach, Florida on Thursday night (November 25). Then, on Friday (November 26), he’ll kick off his Live Show Killa Tour in Chicago.

The 22-date trek, which is presented by Rolling Loud, swings through cities including Philadelphia, Atlanta, Houston, Boston and Detroit before wrapping up in Los Angeles on February 6.

The tour arrives on the heels of DaBaby’s latest project, Back On My Baby Jesus Sh!t Again EP, which dropped on November 12. The six-song set included guest appearances from 21 Savage and Kodak Black.