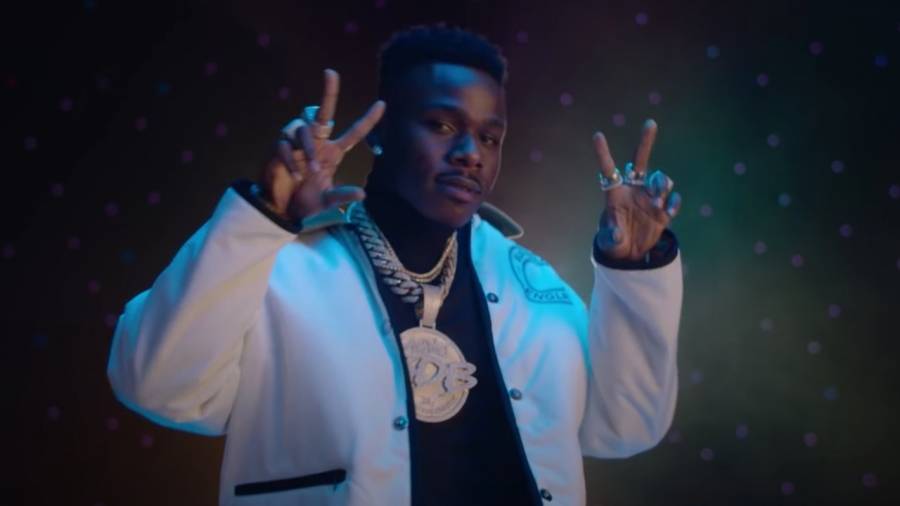 In an Instagram post on Monday (December 22), the “Suge” rapper shared the nearly three-minute visual, featuring his multi-platinum record with Roddy Ricch and his verse from “Levitating,” his recent chart-topping collaboration with pop superstar Dua Lipa.

Cameo appearances and highlights from NBA Vets and rising stars like Denver Nuggets Point guard Jamal Murray and Dallas Mavericks pg Luka Doncic, flash in and out in juxtaposition with snippets of Baby’s verses and a special choreographed scene from the “New Rules,” songstress.

Along with delivering the kickstart to the season-opening double-header, DaBaby also provided a foreword ahead of the Los Angeles Lakers championship ring ceremony.