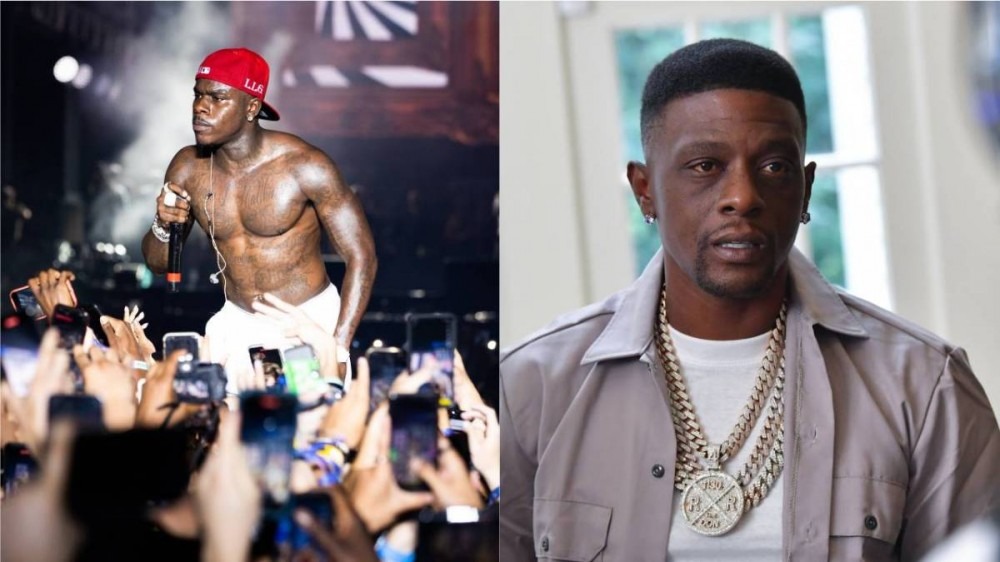 DaBaby’s reputation as a “festival killer” took a hit this summer when he made disparaging comments towards the LGBTQIA+ community during his performance at Rolling Loud Miami in July. After a series of festivals removed him from their lineups including Lollapalooza, Governor’s Ball and Day N Vegas, it appeared the only festival stages DaBaby would be hitting this summer would be Hot 97’s Summer Jam. Until Boosie Badazz stepped in.

The rapper revealed on Thursday (August 19) DaBaby wouldn’t just be attending his third annual Boosie Bash in his hometown of Baton Rouge, he’d be hitting the stage too.

DaBaby’s appearance at Boosie Bash comes after Boosie came to his defense after the Blame It On Baby rapper apologized for his comments towards the LGBTQIA+ community. “It’s sad how y’all trying to force this gay stuff on the world,” he said in a heated Instagram Live rant earlier this month. “It’s sad, bro, how y’all tryin’ to ban artists. Y’all sad, bro. It’s sad, bro. In 10 years, it ain’t gonna be normal for a kid to be straight. It’s sad, bro.”

Although Boosie still has a few fan pages up, the Baton Rouge rapper once more was banned from Instagram following his rant regarding the LGBTQIA+ community. The third annual Boosie Bash is set to take place on August 28 and is stacked with performances from Lil Baby, Coi Leray, Mooski, Bobby Shmurda, Jacquees, Stunna 4 Vegas, Juvenile and more.