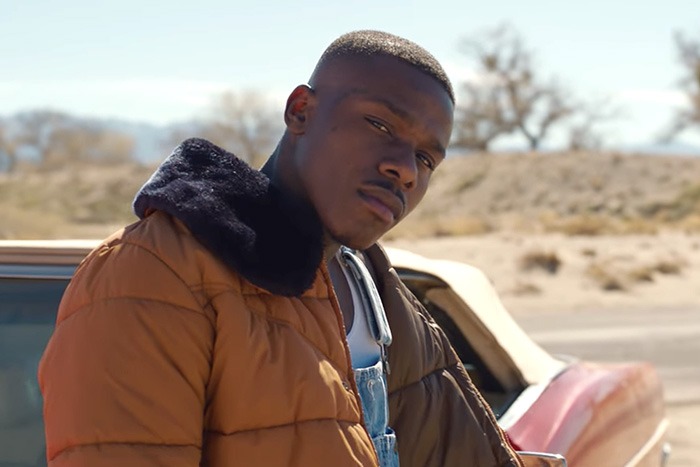 DaBaby is on the run in the action-packed video for “Find My Way.”

The Charlotte rappers shows off his acting chops in the 10-minute short film for his new single, produced by DJ Kid. Social media influencer B. Simone plays his love interest in the Bonnie and Clyde-inspired visual, which finds the couple turning to crime as they try to secure money to aid DaBaby’s ailing grandmother.

“Certain situations make people do the unthinkable,” says DaBaby. “You ever seen somebody turn into a monster for a good cause?”

The 28-year-old MC and his lover ride out through the California desert on their crime spree. DaBaby teaches his girl how to use a gun before they rob a diner at gunpoint and make off with the cash. But their life of sin only brings them closer together. After checking into a motel, the wanted duo gets into a violent shootout with the owners, and only one man is left standing.

DaBaby and B. Simone previously teased the video on social media by posting flirty photos together. The beauty mogul has shared her feelings for DaBaby in the past, calling herself “DaBabyGirllll” and even dressing as his wife for Halloween.

This marks DaBaby’s first release since “Shut Up” in February. He also recently teamed up with Lil Yachty and Drake on “Oprah’s Bank Account.”