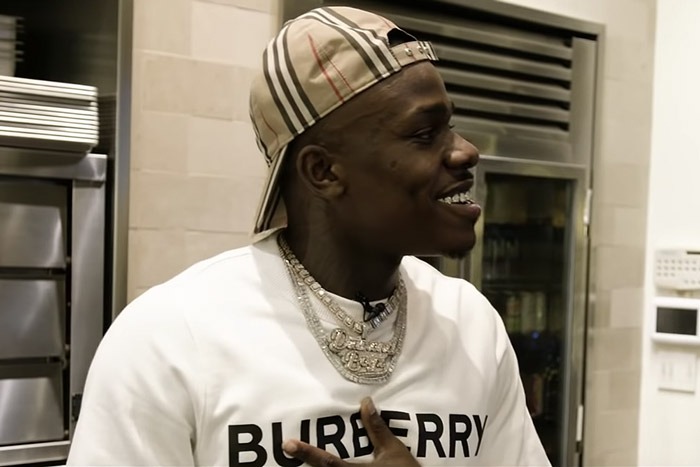 DaBaby made another one.

Out of nowhere, the Grammy-nominated rapper drops a new song and video for “Shut Up.” The clip opens with him addressing his plans for 2020. “I was gonna wait till Valentine’s Day and be player about it but fuck it, I’ma go head and let you know now…you’re mine for the next 10 months and 22 days,” he says in the intro.

DaBaby then gets to work and documents his busy Super Bowl weekend in Miami. He goes from show to show collecting checks. In between, he hits the strip club and Diddy’s house. “I feel like this is a celebration. I feel like you made it,” Puff tells him.

In between performing with the Jabbawockeez, he links up with Kanye West, Meek Mill, Shaq, and Teyana Taylor.

On the track, he addresses the hotel employee who tried to film him and his daughter (“You lookin’ for a lawsuit / Pullin’ out your camera / Didn’t think I saw you”) and his critics (“I’m the best motherfucker around / ‘No, you not / All your shit sounds the same’”). It ends with a tired Baby apologizing to his fans: “Forgive me for being a human and not a machine.”

DaBaby is not letting up. He recently shot a video for “My Oh My” with Camila Cabello, which is set to debut next week.