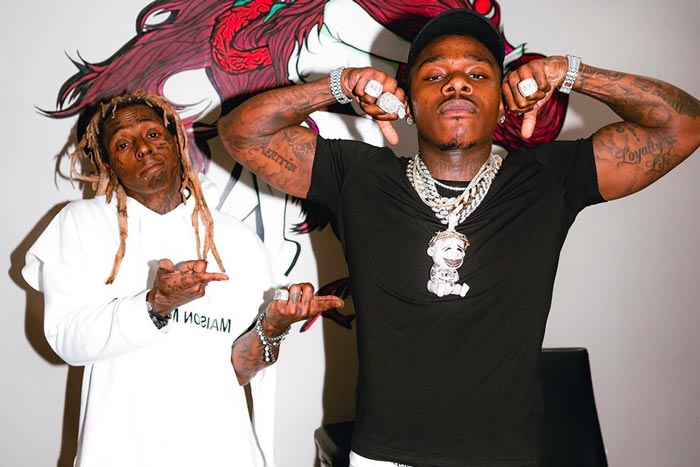 In the wake of the controversy from his homophobic comments, the embattled rapper does some soul searching on his new single featuring Lil Wayne.

“Caught up in my feelings / F**k around and kill another ni**a,” he raps. “You ain’t even gotta push me how I’m feelin’ now / I’ve been having mood swings like a Gemini / I could use the murder for therapy … Then get away squeaky clean.”

He also reflects on his brother’s death (“I saw my big brother laid out with his brains blowed out / It’s been caching up on me”) and how the pressure has been taking a toll on him.

“Ain’t no love at the top, just a lonely ni**a,” he raps before Weezy delivers a fiery verse.

DaBaby and Wayne previously teamed up on the remix to Jack Harlow’s “WHATS POPPIN.” Back in January, DaBaby called himself and Wayne the “best rappers alive.”