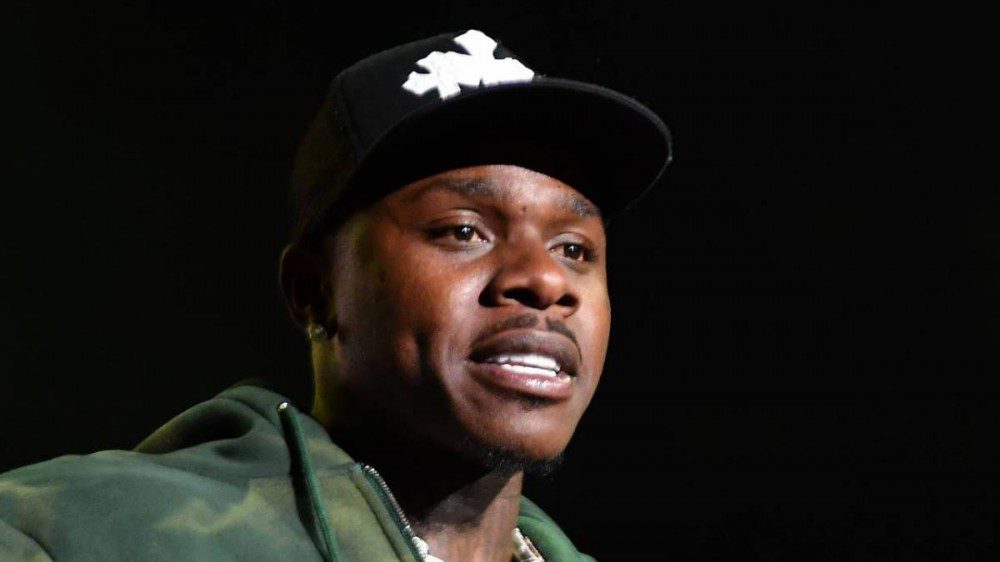 DaBaby has learned that he’s a playable character in a video game, and he wants to know why he hasn’t been paid for it.

The Charlotte rapper heard his signature “Let’s go” adlib emanating from his daughter’s iPad, and saw she was playing a bizarre tablet game involving DaBaby’s head as a car trying to dodge oncoming traffic.

“Look at what my daughter’s end up playing man,” Baby said in an Instagram post. “Go head though. Who the fuck made this game? And where I get my money at? This game got my head as a car, it got my head from the side as a car. It’s like this with some wheels on it.”

He reaffirmed in the caption, “Somebody owe me some money bruh.”

DaBaby could use the money judging by his string of bad luck recently. In September, the rapper’s show in New Orleans was reportedly canceled after selling less than 500 tickets, though the rapper’s team denied this.

“DaBaby’s New Orleans show was pulled by the artist’s team due to the promoter being in breach of contract,” said DaBaby’s booking agent Andrew Lieber. “DaBaby will be back in New Orleans very soon to make it up to his fans.”

The “BOP” rapper also had a rough rollout of his latest album, which he blamed on being “blackballed” from the industry.

The surprise release of Baby On Baby 2 on September 23 moved only 16,000 units in its first week. By contrast, Baby’s previous solo project, 2020’s BLAME IT ON BABY, debuted at No. 1 on the Billboard 200 and moved 124,000 album-equivalent units, per Billboard. Still, DaBaby wasn’t sweating the tepid projections and gave himself a pat on the back for his sales.

“No bad for da BlackBalled Baby,” the rapper wrote on his Instagram Stories.

Regardless of how the album commercially performed, DaBaby will soon be hitting the road for his fall Baby On Baby 2 Tour, which kicks off on Oct. 27 in Minneapolis. From there, the “BOP” rapper will head to Chicago, Detroit, Cincinnati, New York, Boston, and others before wrapping in Los Angeles, California on November 19.