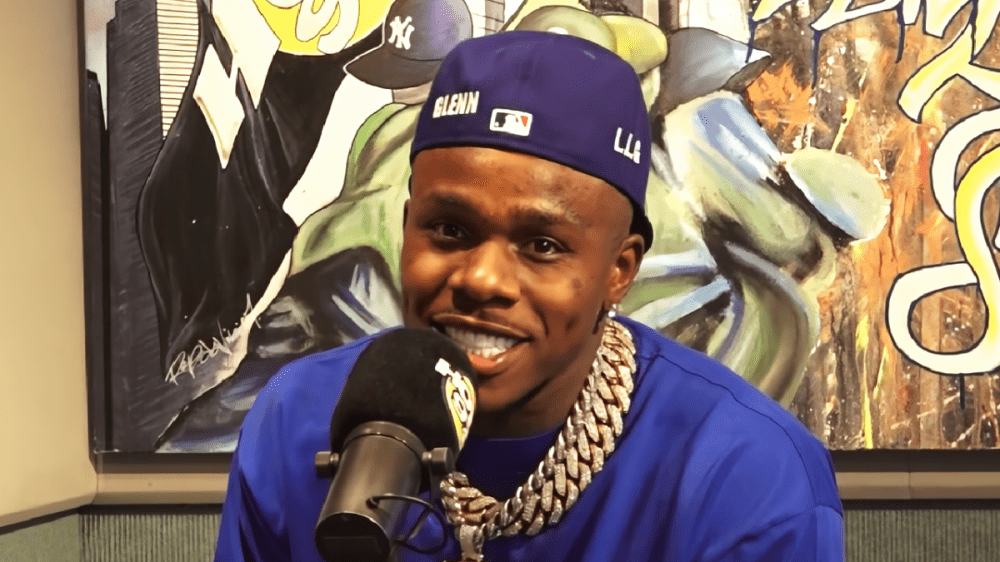 DaBaby has opened up publicly for the first time about the shooting that took place at his North Carolina home earlier this year.

In April, the 30-year-old rapper shot a home intruder in the leg after they trespassed onto his $2.3 million estate in Troutman. The assailant was treated for a non life-threatening gunshot wound, while DaBaby was said to be cooperative with responding police officers.

During an appearance on the Full Send Podcast on Friday (July 22), DaBaby shed light on the incident, revealing he was in his home studio working on his upcoming album when he was alerted to the intruder.

“They didn’t break into my house; they jumped a fence,” he explained. “They had a hoodie on and was, like, knelt down behind a wall and some more shit … I was actually in the studio putting together the tracklist for the album.

While DaBaby remained coy about what happened next exactly, he stated, “The threat was neutralized.” With that said, the rapper admitted the situation still left him confused as to how or why the intruder (who he confirmed was unarmed) broke onto his property.

“Once the situation was under control enough, you get what I’m saying? For me to even be able to process, like, ’cause at first, I don’t know what’s going on,” he continued. “I wouldn’t expect nobody to jump a fence at my house. It’s clearly posted all over the place, ‘No trespassing.’

“[It felt like] ill intent. All the way until they get there and get this dude up out of there, I walk my property and see what’s up, see where he came in at. We get everything figured out. Yet to me, I still can’t trust what’s going on with that situation. You still don’t know why exactly they were there. But you know, the guy made it out good, he’s ok.”

Fortunately, DaBaby’s children weren’t home at the time, but if they had been, he said the situation would’ve ended differently for the intruder.

“You better [protect yourself]. Especially me, like I got kids, I got daughters,” he added. “Had one of them been there, it probably would’ve went a different way. I probably would’ve been even more, like, protective. Contrary to popular belief, I’m way more controlled in high pressure situations than people think I am.”

Following the shooting, DaBaby accused the media of being responsible for such home intrusions by revealing personal information about celebrities such as himself. “Media telling n-ggas business be the main reason n-ggas get fye put on em,” he wrote in an Instagram Story while sharing a post from The Shade Room showing an overhead photo of his Troutman mansion.

The Charlotte native avoided charges over the shooting, with the Iredell County District Attorney’s Office closing the case in early May. Watch DaBaby’s Full Send Podcast interview below.