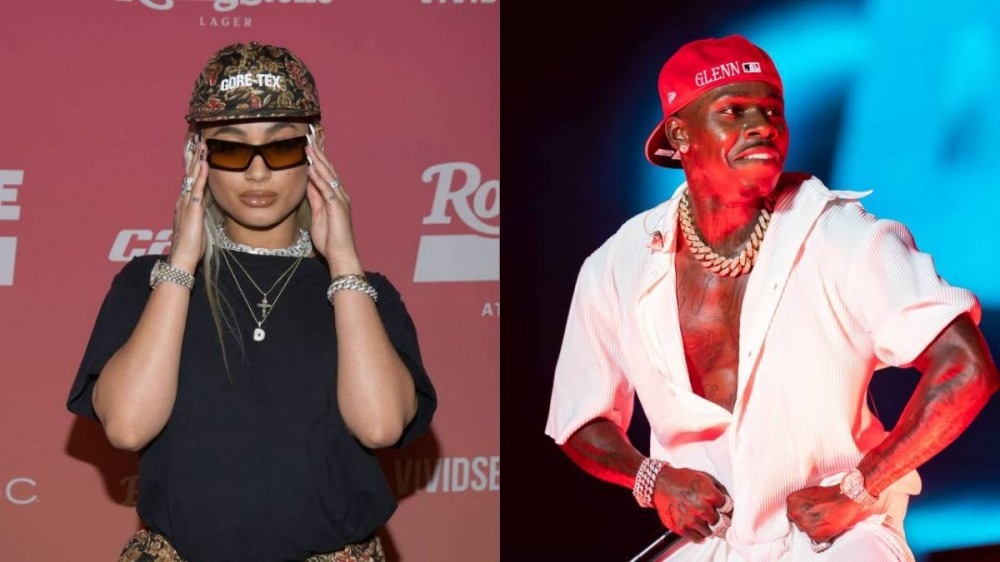 DaniLeigh has been highlighting her baby bump on social media since she revealed her pregnancy on July 16. After sharing her latest photo on Friday (July 30) and captioning it “#DaBiggest,” the move echoed one made by her ex-boyfriend DaBaby.

The on-again, off-again couple dated for a few months before abruptly breaking up in February. Before the pair called it quits, DaniLeigh was caught in a highly publicized controversy surrounding her now shelved song “Yellow Bone” and defense of her relationship with DaBaby.

Rumors of her pregnancy began not long after the pair broke up. In March, fans noticed her abdomen appearing fuller than normal during a meet-and-greet in Los Angeles. After a family member shared a photo of Danileigh looking noticeably pregnant, the singer decided to make the reveal for herself and no longer live in hiding.

Despite their share of individual controversies in 2021, DaniLeigh and DaBaby seem happy about their bundle of joy. When DaniLeigh went public with her pregnancy, DaBaby was among more than one million fans who liked the photo on Instagram. Time will tell if the pair will resume celebrating birthdays and holidays when their child gets here.