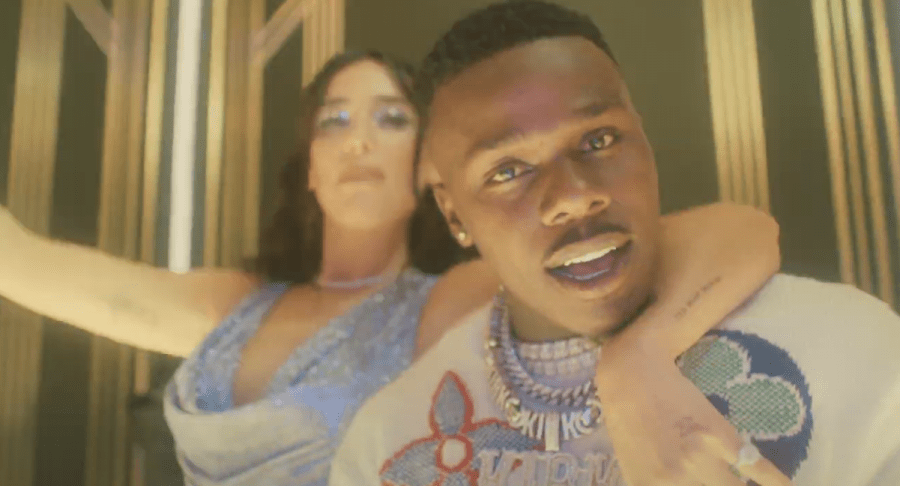 U.K. pop star Dua Lipa has recruited DaBaby for another remix to her groovy “Levitating” tune, which also saw Madonna and Missy Elliott give a spin over the summer. Baby isn’t a stranger to gracing the pop world, as he joins Lipa for a party on an elevator in the remix’s visual.

The brash Charlotte native isn’t short of confidence either, calling himself “one of the greatest” to touch the mic to open his verse.

“I’m one of the greatest, ain’t no debatin’ on it (Let’s go)/I’m still levitating, I’m heavily medicated/Ironic I gave ’em love and they end up hatin’ on me (Go)/She told me love me and she been waiting,” he raps.

The amusing clip finds Baby entering Dua Lipa’s world of disco, as the duo takes an elevator right to her eutopia. Lipa dances around in a glistening dress, while she then summons Baby’s presence to spice up the scene.

DaBaby has become the go-to look for an assist on chart bangers, earning himself the nickname Billboard Baby. He already lent his talents to remix Saweetie’s “Tap In,” Lil Nas X’s “Panini” and Lizzo’s “Truth Hurts.”

The Baby-pop artist formula worked in the past when he teamed with former Fifth Harmony singer Camila Cabello for “My Oh My” in 2019, which peaked at No. 12 on the Hot 100.

He also made some history earlier this week (September 29) when Baby became the first artist to earn two album of the year nominations with KIRK and Blame It On Baby at the 2020 BET Hip Hop Awards. Baby notched 12 nominations in total.

Lipa released her disco-pop Future Nostalgia sophomore album back in April. She continued to drop a series of remixes in August with a collective project titled Club Future Nostalgia.