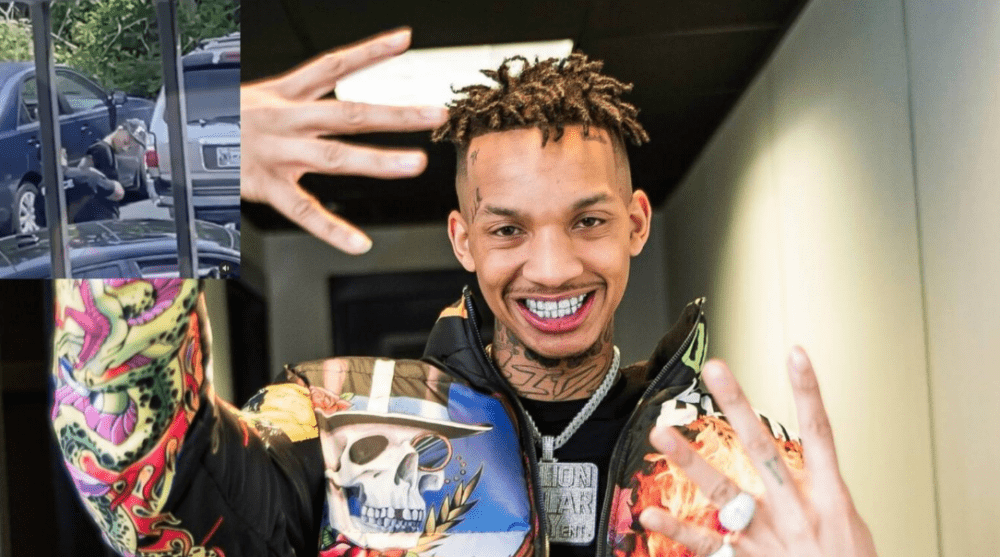 Fayetteville, NC – Billion Dollar Baby artist Stunna 4 Vegas recently saw his weekend take a nosedive. On Saturday (May 22), the “No Dribble” rapper was apprehended by a Fayetteville, North Carolina police officer who claimed he was cruising without the proper credentials.

But just as the physical part of the arrest began to take place, Stunna 4 Vegas went live on Instagram to his 1.9 million followers, just in case there were any illegal procedures on the menu.

The clip starts off shaky and beyond the initial conversation starter, but the officer can be heard directing Stunna 4 Vegas to “put the phone in the pocket” while further instruction is to be given later.

“What you resisting me for?” a shocked Stunna 4 Vegas asked, to which the officer replied, “I’m not resisting you for anything.”

Stunna continued, “What you putting handcuffs on me for?” he asked before directing his attention to the phone (now on the ground): “He’s so mad I tip my nieces and nephews. You better stop grabbing me like that! Them folks ain’t paying you enough to got-damn be doing all that.”

The phone never appears to enter Stunna 4 Vegas’ pocket but instead gets tossed into the police cruiser along with its owner, landing facedown on the camera with the audio still recording.

Stunna 4 Vegas then repeatedly asked the officer for his name and the reason he was detained.

“You just put me in cuffs and ain’t tell me what I’m under arrest for,” Stunna 4 Vegas exclaimed.

The officer interjected, raising his voice, “You’re under arrest for driving with a suspended license – I just told you right now so you can shut up!”

Still mildly confused over the entire ordeal, Stunna 4 Vegas lashed out screaming, “He’s a clown! Damn, I hate clowns!” before the recording ends.

Akademiks obtained an alternate angle that shows the moments when the cop placed the cuffs on the North Carolina native.