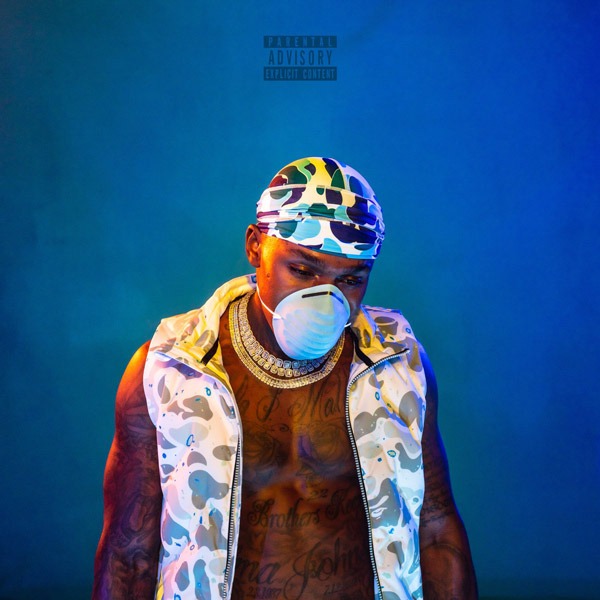 DaBaby has another one on the way.

Six months since his album KIRK, the prolific rapper is teasing more music. Taking to social media on Tuesday, DaBaby posted what appears to be the cover art for a new project called Blame It On Baby, which drops Friday.

“‘BLAME IT ON BABY’ THIS FRIDAY MF!” he tweeted.

A shirtless DaBaby is seen wearing a mask over his face on the cover, a reference to the pandemic.

While details remain scarce, HITS Daily Double reports that Blame It On Baby will be a full album. Producer Foreign Teck appeared to corroborate the news, writing, “got 1 on here.”

"BLAME IT ON BABY"
THIS FRIDAY MF! pic.twitter.com/lJvVq4XuUg

This would mark DaBaby’s first project since September’s KIRK, which became his first No. 1 on the Billboard 200, and featured collaborations with Nicki Minaj, Migos, and Chance the Rapper.

Earlier this month, the Grammy-nominated MC released his new single “Find My Way.” He shows off his acting chops in the accompanying 10-minute video, which co-stars social media influencer B. Simone.