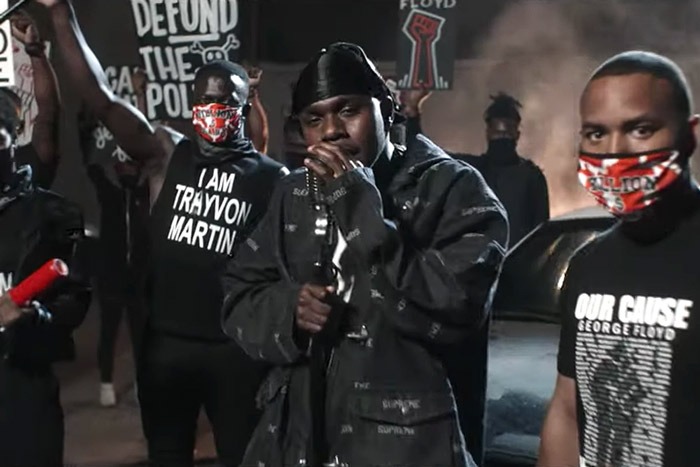 DaBaby and Roddy Ricch brought their “Rockstar” power to the BET Awards.

Both nominated for five awards, the rappers took the stage at Sunday’s show for a virtual performance of their chart-topping hit, for which they debuted the video last week. DaBaby shared his support for the Black Lives Matter movement while performing the song’s BLM remix on top of a cop car as protesters held up signs.

Earlier in the evening, Roddy took the stage for a solo set. Seated at a white piano, the Grammy-winning MC kicked things off with the Mustard-produced “High Fashion” while basking under blue lights and wearing a Black Lives Matter jacket. He then hopped in his white Ferrari and delivered his No. 1 hit “The Box,” while joined by friends on Zoom.