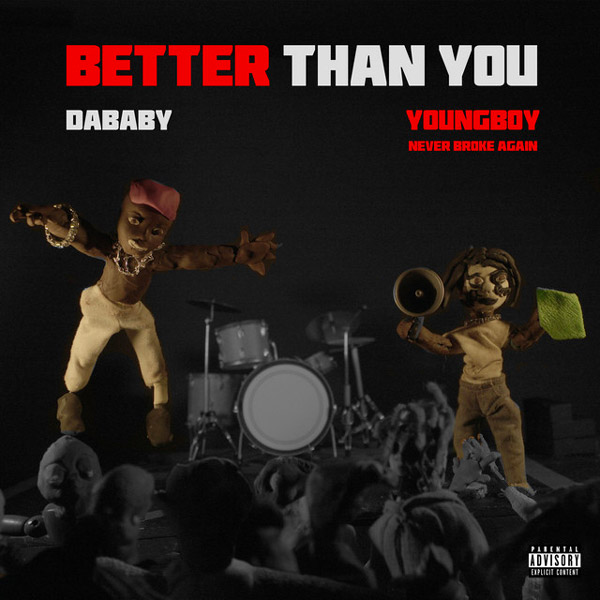 Ahead of their joint album, Better Than You, the rappers reconnect on their latest collaboration “Neighborhood Superstar.” Over a heavy-hitting beat, the two exchange menacing verses while NBA provides the hook.

YoungBoy and DaBaby previously collaborated on “Jump” off DaBaby’s album Blame It On Baby and last month’s “Bestie/Hit.” Meanwhile, NBA is fresh off the release of his scathing diss track “I Hate YoungBoy,” on which he takes shots at Lil Durk, Lil Baby, and Gucci Mane.

DaBaby has shown love to his collaborator in the past, calling him one of his favorite rappers. “I know he don’t get the credit he deserves for his music because of the stigma that’s around him,” he told “The Rap Pack” podcast. “I just listened to his last project and he’s like crazy talented.”

Better Than You arrives March 4.