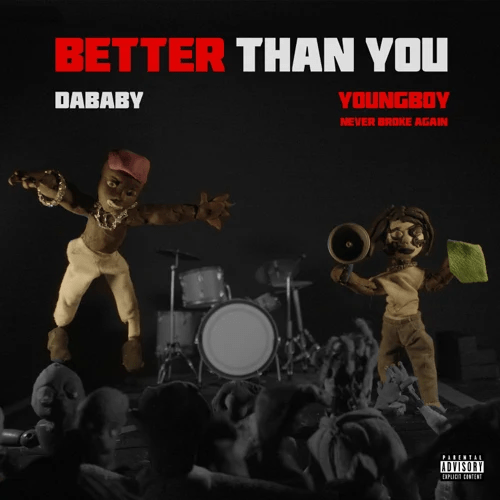 DaBaby and NBA YoungBoy have been growing their catalog together within the last year with songs such as “Jump,” “Thug of Spades,” and their most recent hits, “Bestie” and “Hit.” It has been previously announced that the pair are gearing up to release a collab album together.

During an interview in 2019, DaBaby named NBA YoungBoy one of his favorite rappers to the Rap Pack Podcast. “I know he don’t get the credit he deserves for his music because of the stigma that’s around him. I just listened to his last project and he’s like crazy talented,” DaBaby stated at the time.

Ahead of the upcoming project, it is rumored that the two will be releasing another single titled “Neighborhood Superstar.” It’s safe to say NBA YOung Boy has been spending a lot of time in the studio while on house arrest. Just a day ago, the rapper released an on-the-spot diss track to Lil Durk titled “I Hate Youngboy,” where the rapper took shots at Lil Durk and a few of his loved ones, hours after the Chicago native released his single “AHHH HA.”

DaBaby and NBA YoungBoy may be two of the industry’s most hated at this point, so a collab album from the two comes right on time. The album Better Than You will release on all streaming platforms on March 4th. Check out the artwork for the project below.