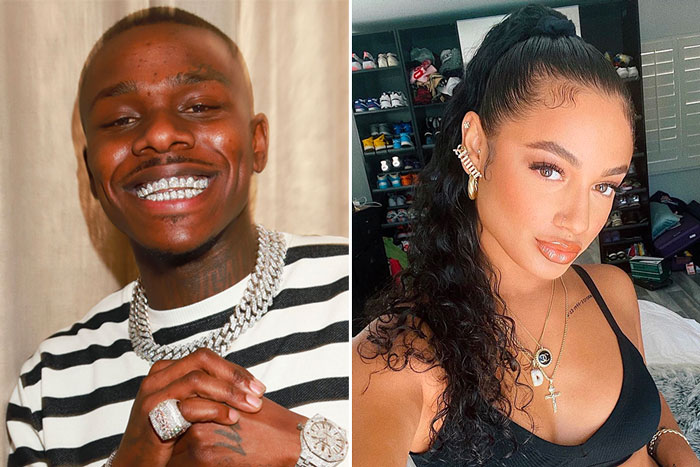 Are DaBaby and DaniLeigh boo’d up in quarantine?

The rapper and singer can’t seem to escape dating rumors. The two have fans have once again speculating about their relationship status after they were spotted at the same location.

On Monday, DaBaby posted a series of photos of himself wearing a ski mask while sitting on the balcony of his West Hollywood hotel. His followers were quick to notice that Dani had also shared a video of herself on the same black-railed balcony just days prior.

@billiondollarbabyclothing 😳 This set ain’t even 1% of the collection. 🤦🏾‍♂️🔥

This my energy … only love 💜

While it may just be a coincidence that they’re staying at the same hotel, the two have been linked in the past. They showed off their chemistry in the video for Dani’s single “Levi High” earlier this year, but Dani denied that they were a couple.

During an interview with Chicago radio host Kendra G. on Instagram Live in late March, the “Easy” singer was asked whether she and the Blame It on Baby rapper were hooking up. She paused before responding, “No.”

But she’s learned that dating rumors come along with the fame. “When I did ‘Easy,’ everybody thought me and Chris [Brown] were a thing,” added Dani. “It is what it is.”

Dani and the mother of DaBaby’s daughter, MeMe, have not seen eye to eye in the past. MeMe claimed that Dani blocked her on Twitter after they exchanged words. “Sis got me blocked, but word keeps getting back to me .. so hopefully the energy is the same in real life,” tweeted MeMe, to which Dani responded, “GO GET A JOB… U so on me.”

Oop! #DaBaby’s baby mama MeMe alleges #DaniLeigh blocked her on Twitter and the two exchanged some subtweets 👀👀 (It’s alleged that Dani may have had a lil situation with DaBaby)