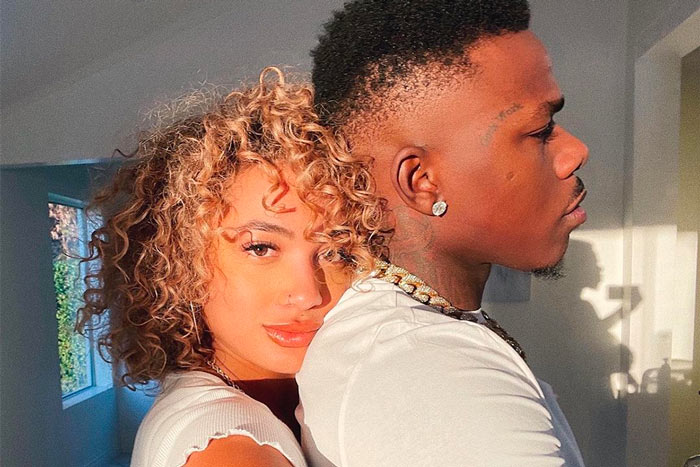 DaBaby and DaniLeigh are making it official.

After months of speculation, the couple has gone public with their relationship. On Friday night (Dec. 4), Dani took to Instagram to share a photo of her with her arms wrapped around the “Rockstar” rapper.

“My baby❤️ idc,” she captioned the PDA-filled pic.

DaBaby also wasn’t shy to flaunt their relationship on his Instagram Stories, sharing video of Dani feeding him a lamb chop and later boo’d up in the car.

The rapper, 28, and singer, 25, sparked romance rumors earlier this year when they were seen spending time together in quarantine. In June, Dani shared a photo of herself in bed with a man that appeared to be DaBaby, and he even rapped about her on his album Blame It on Baby.

DaBaby has surrounded himself with friends and family following the death of his brother, Glenn Johnson, last month. He also released a 7-track EP, My Brother’s Keeper (Long Live G), dedicated to Johnson.