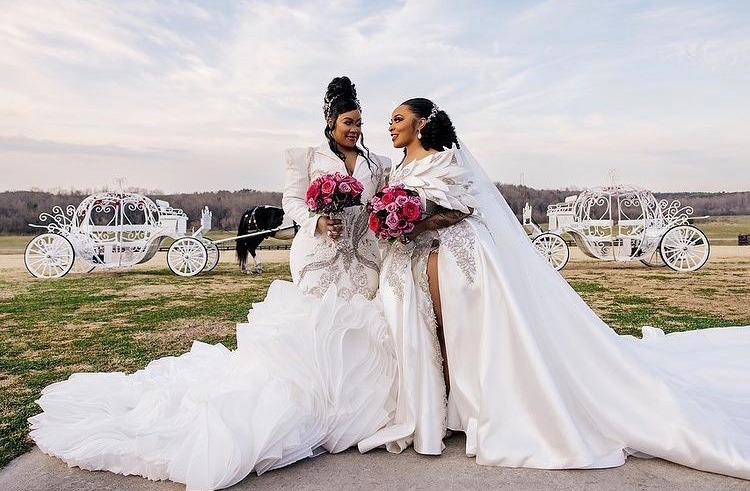 Da Brat and her fiancee Jessica “Judy” Depart officially tied the knot on 2/22/22. According to PEOPLE, the two chose the special date for their Georgia-based event.

The wedding was held at the Horse Mansion in Fairburn, GA, with 100 guests attending, including Jermaine Dupri, Lisa Ray McCoy, Eva Marcille, Rickey Smiley, and more.

After the ceremony, Da Brat told PEOPLE that she was thrilled to call Dupart her wife while revealing before the wedding the tandem had “so many things going on, and so many decisions to make.”

“Everything about her made me want her to be mine forever,” Da Brat said. “And I felt like I knew it not much longer than from the day we met.”

You can head over to PEOPLE to see the full run of exclusive pictures here.