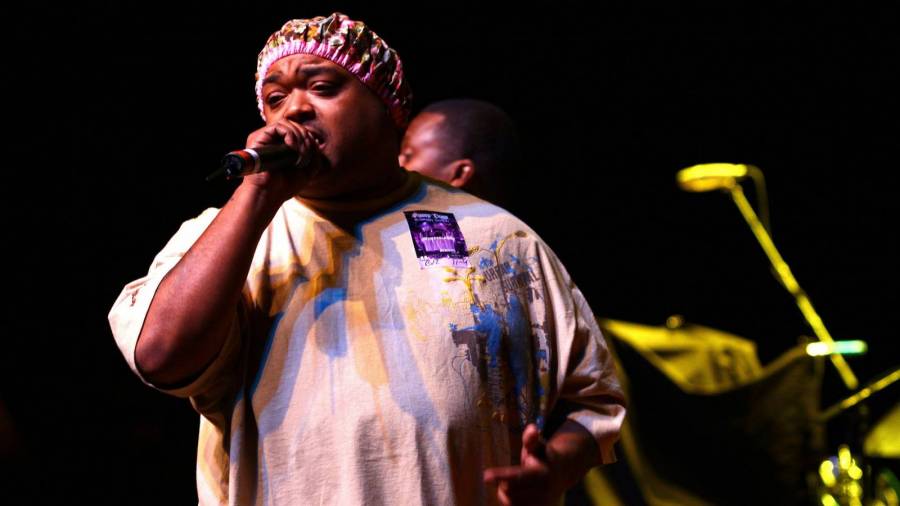 D12’s Bizarre is currently hospitalized after suffering a mini-stroke. The veteran rapper, who rose to notoriety in the early 2000s alongside Eminem, initially notified his fans via Instagram and asked for prayers. At the time, it wasn’t clear why exactly he was in the hospital but on Monday (January 18), his manager provided some additional details and explained he’d had a transient ischemic attack (TIA), a temporary period of symptoms similar to those of a stroke.

“Morning.. this bizarre manager just giving u guys a update,” he captioned a photo of Bizarre laying on a gurney. “Bizarre doing much better he had TIA.. just want to let all fans and family to know he live y’all and he’ll be back soon dumpster juice 2021.”

In a 2019 interview with HipHopDX Senior Writer Kyle Eustice, Bizarre opened up about his struggles with weight and how it impacts his health.

“I was always a little guy who had asthma all the way up until I was like maybe 14,” he said at the time. “Then I had a doctor had put me on steroids for the asthma. That kind of made me gain weight. But through my adult years, I’ve basically been through the same thing that you’ve been talking about up or down, you know what I’m saying? Doing good, lost 20 pounds. Then you relapse or give yourself a cheat day and your cheat day turns into three days and then two weeks. It’s like an ongoing battle, you know what I’m saying?”

Even so, that battle never really affected the Rufus mastermind’s confidence, especially when it came to picking up a mic.

“I’ve always been a confident guy,” he continued. “That’s why I think I have the shirt off and things like that. But I think it weighs on your confidence. I got the mind of a skinny guy, but then when I go to the gym or play basketball, then that’s when I realize I’m fat. But I’m really on a journey because now that I’m older, it’s like I’m starting to do research and find out. It’s like these doctors they literally give all of us, especially black people, the same medicine.

“It’s like if somebody got high blood pressure or diabetes or high cholesterol, you damn near can switch medicines with them. They’re passing it out like candy. So now, by being on so much medication, it makes me tired all the time. I’m too young for all that. So, it’s time.”

Bizarre’s fellow D12 member Kuniva also underwent a procedure last month. He provided several updates via Twitter over the weekend, writing, “What’s good my people! Still recovering from this surgery and I’m better everyday. I had put this procedure off for YEARS bc of fear of the outcome. The surgeons were saying some serious shit about me not being able to do what I love (rap) anymore. I was SHOOK.

“Thanks to my wife @MikaCarlisle for her encouragement and prayers. She assured me that god got me. I made Alpha Underdog with the peace of accepting that it could be my last album. Another reason why I didn’t do any features. So I put the surgery off til the 30th of Dec.”

What’s good my people! Still recovering from this surgery and I’m better everyday. I had put this procedure off for YEARS bc of fear of the outcome. The surgeons were saying some serious shit about me not being able to do what I love (rap) anymore. I was SHOOK