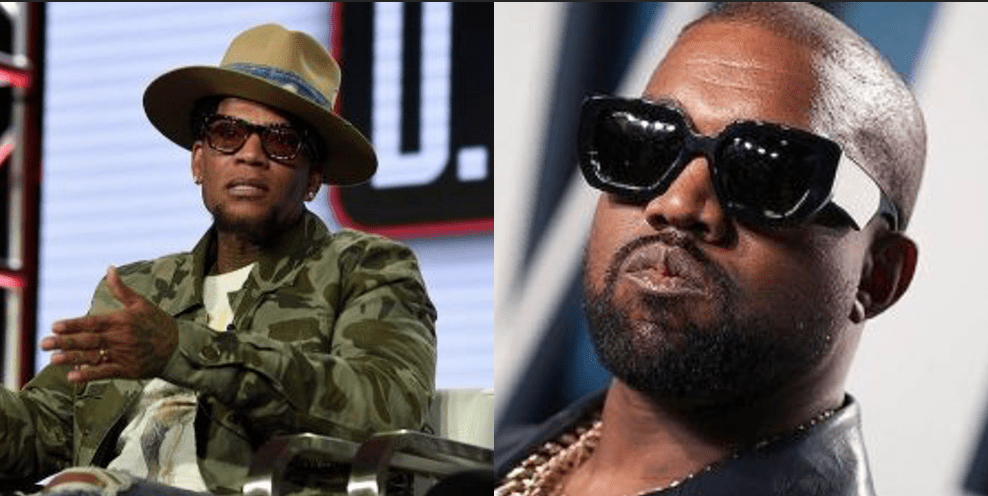 If you follow Kanye West’s Instagram, you might have woken up Sunday morning to a string of posts about Ye’s recent divorce and not wanting his daughter North on TikTok. During his tirade on Instagram, Ye took aim at D.L. Hughley over comments he made during a recent interview on VladTV.

In one post, Kanye calls D.L. Hughley a “pawn” and tells the King of Comedy to not speak on him or his children before telling him “I can afford to hurt you.”

“And DL Hughley is a pawn Yeah I know a king not supposed to address a pawn but I address everything and fine addresses DL So don’t speak onme or my children I can afford to hurt you,” Ye wrote.

In a separate post, Ye shared a video of D.L. collapsing during a performance in 2020. In the caption, he called Hughley a leftist pawn, a “practicing drug addict” and said that neither God nor D.L.’s own family liked him.

“We gone stop letting practicing drug addicts be used by leftist to Willie Lynch our Future Black people with our own opinion are not allowed to talk in public I am the glitch DL God does not like you You have no favor Your family hates you I would hate to be related to somebody who used to be famous Now you just known as a broke pawn at least Oprah got billions “allegedly”” Kanye said.

Shortly after Kanye’s threats, D.L. took to Twitter to fire back at Ye.

“Hmmm! Ain’t it weird that #Kanye supposedly has all these goons who will kill for him, but not one of them will get his prescriptions filled?” Hughley tweeted. “Here’s a thought while you’re on your way to kill me in Calabasas, how about somebody drop by CVS and pick up his Xanax! Lol #TeamDl.”

Hughley then took aim at Ye’s fashion choices and how Pete Davidson is sleeping with his ex-wife Kim Kardashian.

“Aint no way in hell I’d ever be scared of a dude who wears #IKnowWhatDidLastSummerBoots!!!,” Hugley tweeted. “It’s just too bad that you acting like a nut won’t stop #Pete from busting one!!” he continued.

The two’s online beef comes after Hughley sat down with Vlad where he scolded Kanye for the handling of his recent divorce and said that he is “stalking” Kim Kardashian.