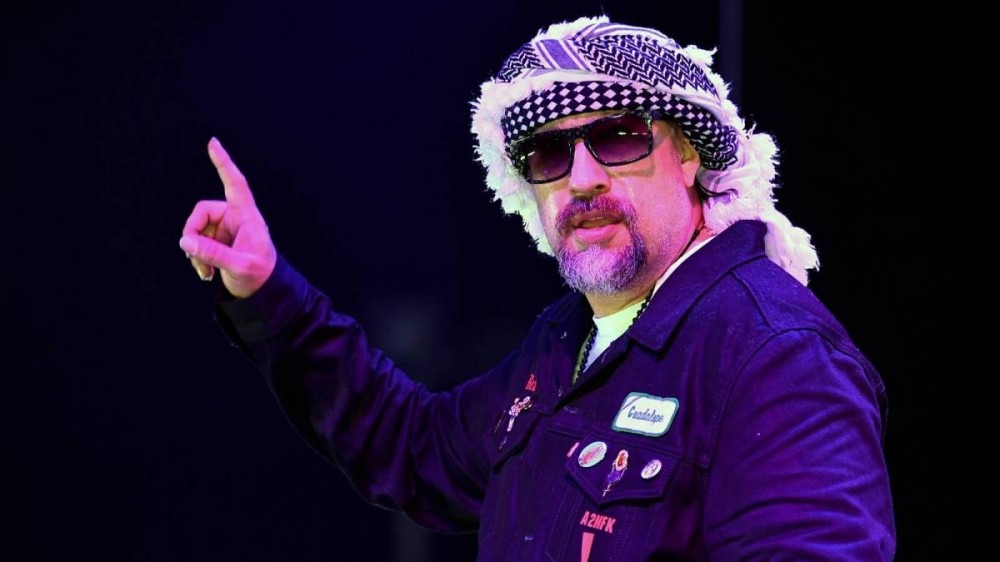 Cypress Hill has released nine studio albums since the onset of their career, including their 3x-platinum sophomore effort Black Sunday and 2018’s Elephants On Acid. Now, B-Real, Sen Dog and Eric Bobo are ready to deliver the 10th entry in their colorful discography — the Black Milk-produced Back In Black.

To coincide with the release, Cypress Hill has shared another single from the project called “Bye Bye” featuring Dizzy Wright. As B-Real explained in a press release, “In Cypress Hill tradition, we always try to make a dark song. It’s what we’ve been known for, especially on our first three albums. This song is a statement. In a roundabout way, we spoke to the politics of today. Being lulled into this dreamworld by the government. Trying to blind us from the separation that they created, to put us to sleep while they do whatever they want.”

Bye Bye” follows the 2021 release of additional album highlights “Open Ya Mind” and “Champion Sound.” The only other feature on the 10-track project is Demrick, who’s a member of the supergroup Serial Killers alongside B-Real and Xzibit.

“If you’re making music, you don’t just want to make one song,” B-Real says. “You want to make an album to show people like your skillset, your versatility, and to capture their minds. You can do that with one song, but an album is a journey. You have to take the trip. We were always fond of taking people on a journey, the rollercoaster ride, if you will, and you can only do that with an album.”

In addition to the forthcoming album, Cypress Hill has a documentary on the way called Insane In The Brain: Cypress Hill, which is expected to arrive this spring. The group also is hitting the road in March for a sizable tour, which includes dates with Ice Cube at Red Rocks in Morrison, Colorado and Kings Of The West in Rio Rancho, New Mexico.

Other stops include Big Surf Water Park in Tempe, Arizona, four dates in Canada and the MGM Grand Garden Arena in Las Vegas, Nevada. Back In Black is expected to arrive on March 18, the first day of the tour. Check out the dates below and listen to “Bye Bye” above.