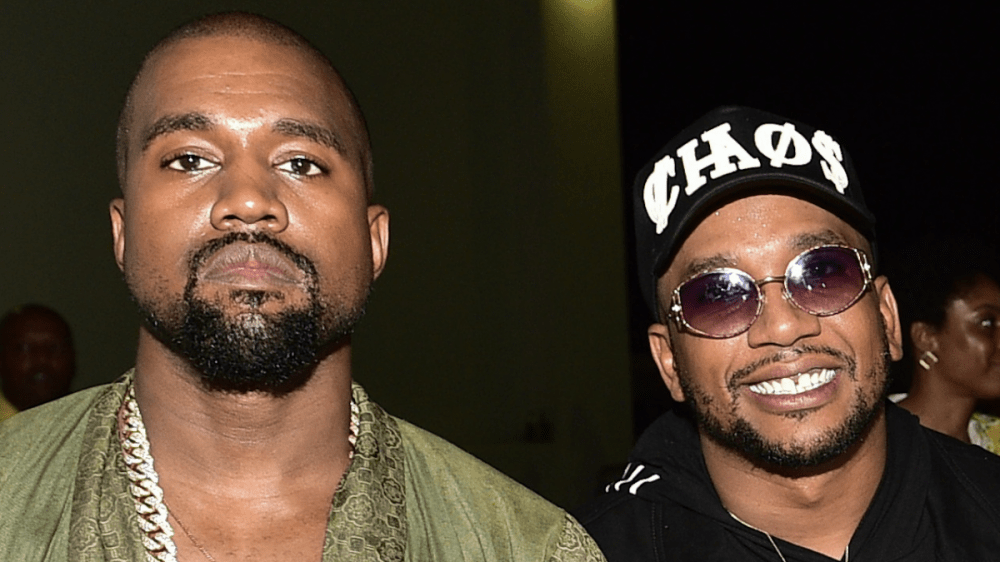 CyHi The Prynce has revealed his relationship with Kanye West has been strained since the release of Travis Scott‘s “SICKO MODE” in 2018, which he worked on as a co-writer.

On one hand, he’s happy the record was a huge success as it’s certified-diamond, but it also served as a major strain on his friendship with Kanye West as a G.O.O.D. Music affiliate for over a decade with Drake taking several shots at Ye throughout his assist.

“Now my buddy… I feel [Kanye] feeling a certain kind of way with me,” he said. “Like, damn what’s going on? My buddy like, ‘Yeah, this the n-gga who wrote this, this the n-gga from ‘SICKO MODE.’ I’m like, ‘Okay, I thought it was kinda strange but I didn’t know what was really going.’”

CyHi was conflicted about Travis, who has been working with Kanye for about a decade as well, letting Drake diss him on the record. Although, CyHi understood that Drake should be allowed to express himself as an artist if given the opportunity.

Kanye actually mentioned feeling some type of way about CyHi bragging about co-writing the song on 2021’s “Life of the Party” featuring André 3000.

“CyHi told me to my face that ‘SICKO MODE’ was his biggest song/ Well go’n ’cause Donda was the best ghostwriter I ever had,” Ye raps on the track.

CyHi The Prynce also admitted the business side of the song rubbed him the wrong way as he agreed to take 10 percent less of the record’s profits he was owed in a deal with Travis Scott where La Flame would gift him a verse free of charge, which is yet to materialize and CyHi doesn’t think that’s gonna happen anytime soon.

This has all been weighing on CyHi’s mind heavily as he teased retiring from the rap game in a tweet on August 31.

“Been thinking about retiring from rap,” he wrote.

Been thinking about retiring from rap.

CyHi later went on Instagram Live and explained the reasoning behind his possible retirement, shedding light on his career struggles and label difficulties. “Should I retire from Rap? Part 1,” he captioned the almost hour-long video.

“I’ve been doing this shit my whole life damn near,” he began. “It’s been a rough journey as far as, like, being from Atlanta and having a different style, being different to what a label may want or a manager may want.

“They think you gon’ go home, you gon’ go meet a real estate agent or a muthafucking banker or investor and say, ‘Hey man, I’m a good kid! I need help getting my records and paying the DJs and paying for digital marketing and radio and videos and all this shit.’ They want you to do this shit yourself.”

Meanwhile, Kanye West has blamed his pornography addiction for the breakup of his family.

The billionaire rap mogul embarked on another Instagram rant on Thursday (September 1), which saw him take aim at adidas CEO Kasper Rørsted, Gap, Kid Cudiand Pete Davidson, among others.

During his posting spree, Kanye admitted “pornography destroyed my family” while sharing a photo of Victoria Villarroel, a former assistant to Kylie Jenner, the half-sister of his ex-wife Kim Kardashian.

“Don’t let Kris make you do playboy like she made [Kylie] and Kim do,” he wrote, referencing the sisters’ respective Playboy magazine shoots that were reportedly orchestrated by their mother Kris Jenner.

He added: “Hollywood is a giant brothel Pornography destroyed my family I deal with the addiction instagram promotes it Not gonna let it happen to Northy and Chicago.”