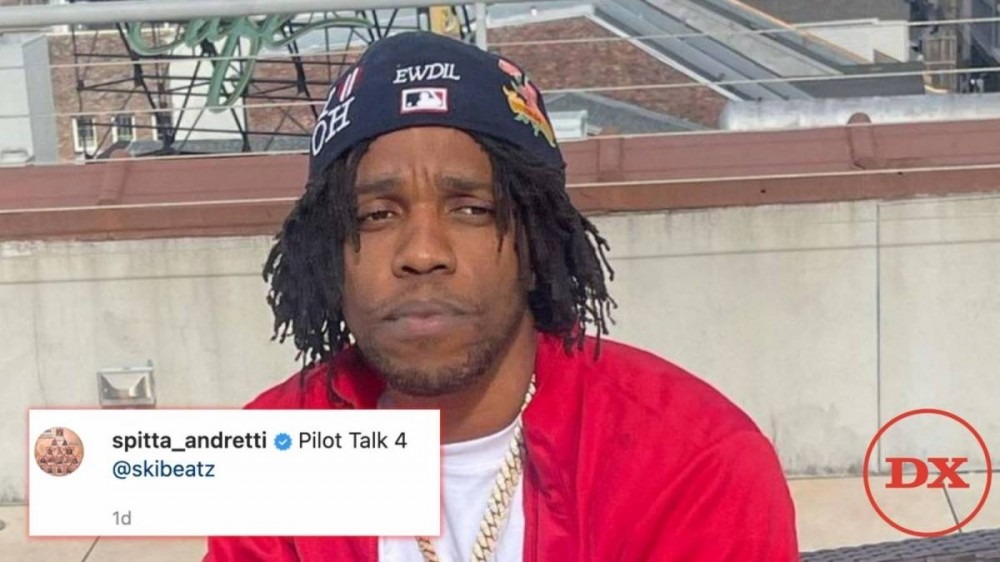 In an Instagram live Spitta reposted to his feed on Tuesday (December 7th), the New Orleans-bred rap star busted out his best salsa moves while teasing a snippet of unreleased fire produced by Ski Beatz.

“She don’t smoke but she sip top shelf/So she cook like a fucking top chef,” Curren$y raps in the clip, anchored with the caption “Pilot Talk 4.”

Curren$y has maintained a consistent campaign of releases all year long. Beginning with his Collection Agency album back in February, he’s dropped at least seven new projects in 2021 including his recent Regatta collab album with Harry Fraud.

He also dropped of his 11-track Still Stoned On Ocean album in October, featuring guest verses from Jim Jones and Fendi P, and is also in the midst of working on Jermaine Dupri on a joint release.

Back in May, HipHopDX spoke with Curren$y for an exclusive Connected DXTS interview uncovering how Freddie Gibbs reignited his love for Corvettes and how Spitta leveraged his time as a signee for both No Limit Records and Cash Money in the early 2000s to his advantage before going fully independent.

In case you missed it, check out the stream for Curren$y’s most recent release, his Land Air Sea EP and watch his interview with DX below.