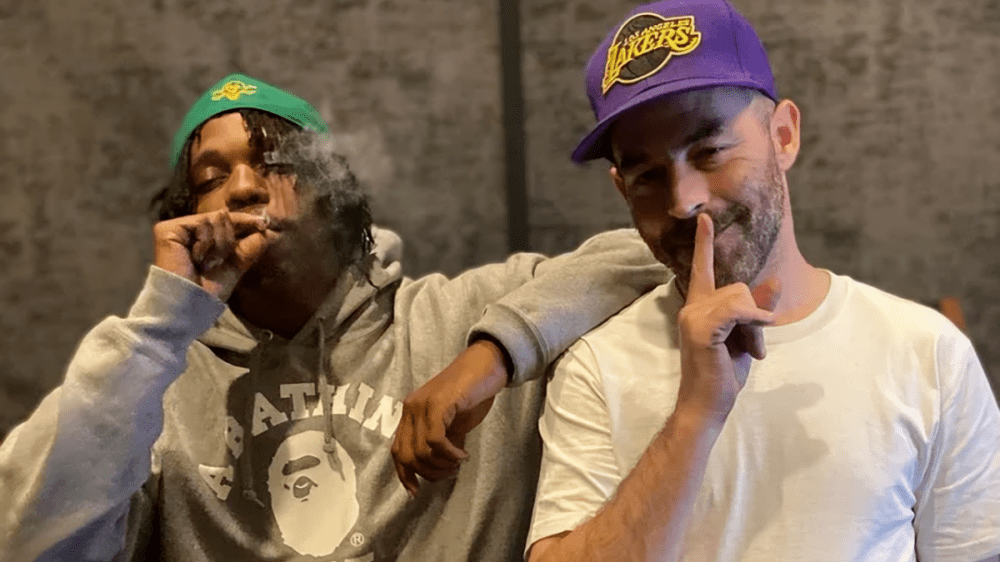 Curren$y and The Alchemist put the blog rap era in a headlock in 2011 when they dropped Covert Coup, a potent combination of Spitta’s blunted rhymes and Al’s hypnotic, head-nodding loops laced with standout verses from Freddie Gibbs, Smoke DZA and the late Mobb Deep legend Prodigy.

Over a decade later, the dynamic duo are picking up where they left off with a brand new joint album arriving next month.

Following months of hints and teasers, Curren$y and The Alchemist have finally shared the title, release date and cover art for their third full-length effort. Dropping February 18, the project is called Continuation and its artwork continues the statue-toppling theme of the original Covert Coup covers.

That’s no coincidence. “After I sat down and listened to all records me and Alchemist lined up I was like nah man… we gotta rename this shit right?,” Spitta tweeted on Monday (January 24).

After I sat down and listened to all records me and Alchemist lined up I was like nah man… we gotta rename this shit right?… this is covert coup level music ….. and thus we have “Continuance” y’all gonna love this shit. 2/18

While the perpetually stoned pair have to release any singles, they have given fans a glimpse at the kind of intoxicating sounds they can expect on Continuation. Last week, Curren$y shared a 24-second snippet of an unreleased song that finds him sprinkling slick rhymes over a blissful beat from The Alchemist.

“She was in a tennis skirt dirty dancing, in her Stan Smiths/She knew that I was the man here, this her chance here/Wasn’t just about to stand here, then we disappear/My car like another planet/This the Eastside, you don’t want to get left or stranded/When it get late them Uber drivers gon’ be canceling,” the Jet Life general raps.

After previously only being available on mixtape download sites, Covert Coup finally made the jump to the streaming era last May when the 10-track project arrived on Spotify, Apple Music, TIDAL and co. for the first time.

Covert Coup was followed by Curren$y and The Alchemist’s second full-length collaboration The Carrollton Heist, which arrived in 2016 complete with guest spots from Lil Wayne, Styles P and Action Bronson. The duo also joined forces with Freddie Gibbs on 2018’s Fetti EP.

Continuation isn’t the only legendary producer Spitta is working with; the New Orleans native is also recording a joint project with So So Def hitmaker Jermaine Dupri, which may feature an appearance from fellow Southern stalwart T.I.

Meanwhile, The Alchemist is currently gearing up to hit the road with Earl Sweatshirt, Action Bronson and Boldy James on the ÑBA Leather World Tour. Given his equally tireless output, don’t be surprised if Uncle Al has plenty more up his sleeve in 2022.