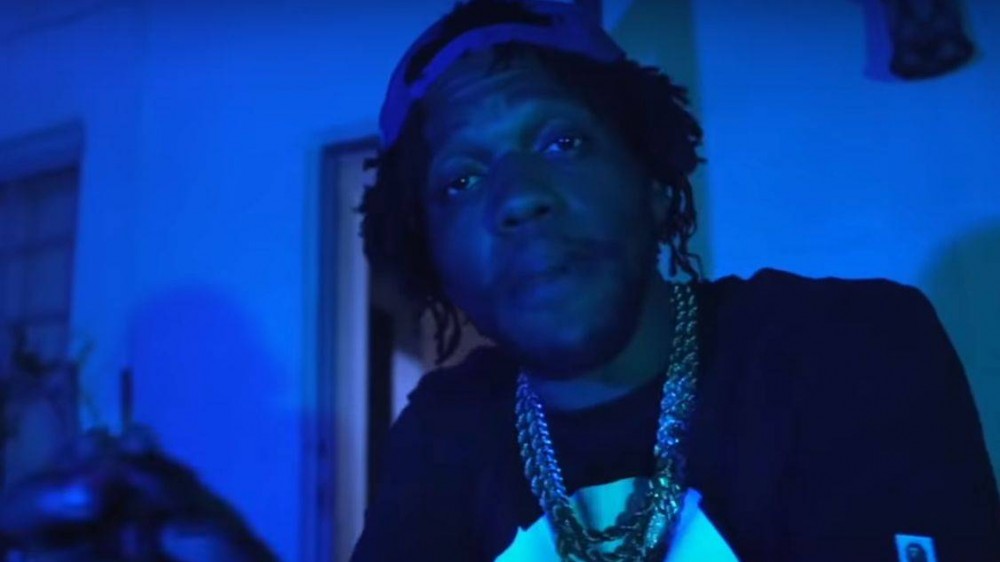 New Orleans, LA – Curren$y found a theft situation within his inner circle laughable after he learned one of his associate’s diamond-encrusted Jet Life gold chain was reportedly stolen from their home.

According to WGNO,  the New Orleans Police Department is searching suspect Essence Lindsey after the unnamed victim noticed his chain and multiple other jewelry items were missing from his home on May 3. The incident happened following an argument between the suspect and the victim at his residence.

The news report prompted Spitta to do a roll call to his crew Monday on Twitter to post a photo of their exclusive Jet Life chain on social media to discern who got gaffled and who didn’t.

“Ooooooooohhhhhh one of the homies got caught slippin and let a broad steal some jewelry,” Curren$y said. “I need everybody n the crew to post they jetlife chain … which one of y’all boys got jacked and ain’t say nuffin? hahhaa”

Ooooooooohhhhhh one of the homies got caught slippin and let a broad steal some jewelry…. I need everybody n the crew to post they jetlife chain… which one of y’all boys got jacked and ain’t say nuffin ?hahhaa

The victim told police Lindsey locked herself inside his bedroom refusing to exit in reaction to the argument. Then Lindsey allegedly left his home without him noticing and realized his Rolex watch, Jet Life diamond necklace and ruby ring were confiscated.

WGNO also released a photo of Lindsey wearing a Rolex and the Jet Life chain in its news report.

Woman wanted for theft of Rolex, other expensive jewelry from NOLA residence https://t.co/NG3pdP4ozj

Here’s a closer look at the Jet Life chain and several Rolexes in a photo posted on Curren$y’s Instagram account on Monday.

He also appeared with Chika in the initial advertising campaign for JAY-Z’s MONOGRAM cannabis company in April.