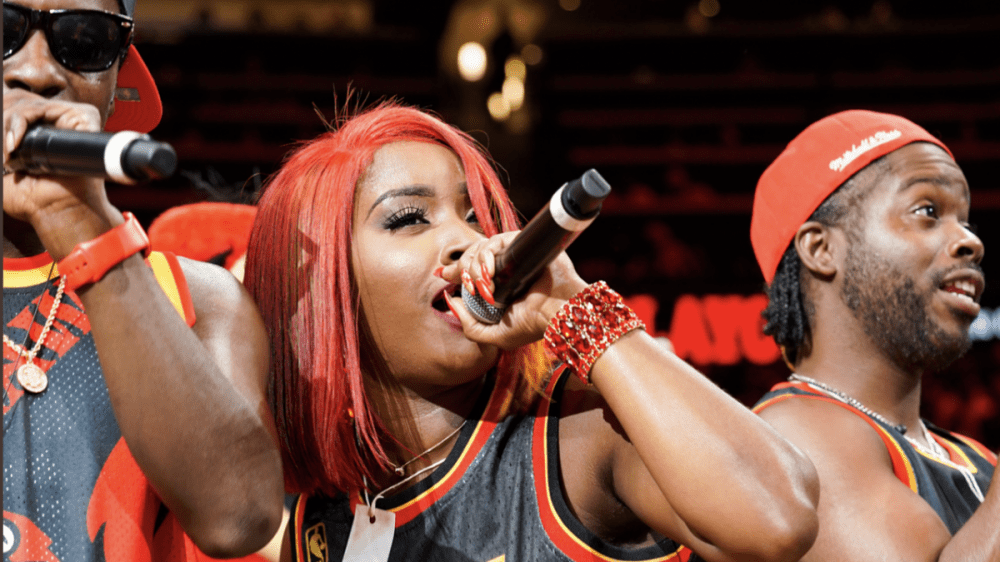 Crime Mob members Jay, his sister Princess, M.I.G. and Money Blac popped out just short of halftime to get the crowd wild by performing their 2004 hit “Knuck If You Buck.” Fans on hand enjoyed the surprise performance but Memphis Grizzlies superstar Ja Morant didn’t think the audience was “lit enough.”

Unfortunately for Atlanta, their momentum subsided following Trae Young’s ankle injury and a huge fourth quarter from Kris Middleton, which saw him outscore the Hawks by himself 20-17 in the fourth. Atlanta ended up dropping Game 3 by a score of 113-102.

Crime Mob pulled up to perform Knuck If You Buck 🔥🔥 pic.twitter.com/qjo0ChWnbF

The Milwaukee Bucks official Twitter account had fun at Crime Mob and Atlanta’s expense with a shrewd caption playing off the 2004 Crime Mob hit. Within hours, the tweet became a hit and compiled tens of thousands of likes.

“Knuck If You Buck,” they wrote alongside the final score.

Knuck If You Buck. pic.twitter.com/Y7fhCG1JhT

“Knuck If You Buck” served as the lead single off Crime Mob’s 2004 self-titled album. The Lil’ Scrappy-assisted track is platinum-certified and peaked at No. 76 on the Billboard Hot 100. A staple of ATL Hip Hop culture, “Knuck If You Buck” is still in rotation at nightclubs for DJs.

Tune in for Game 4 on Tuesday (June 29) to see if the Atlanta Hawks can even the series.