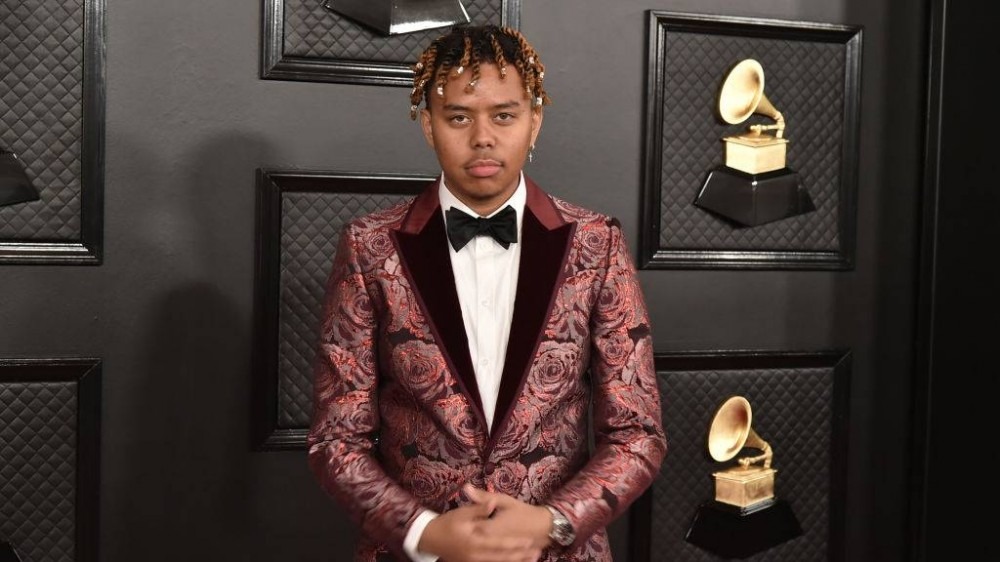 School yearbook predictions don’t always become a reality, but things worked out pretty well for Cordae. On Wednesday (October 7), the former YBN member took to social media to share a photo of his school yearbook photo, alongside another with Hip Hop royalty, Dr. Dre.

Cordae posted the photos as part of the ‘How It Started vs. How It’s Going’ challenge on Twitter. The trend involves users posting an old photo next to a newer one to show how far they’ve come, with plenty of rappers deciding to jump in on the wave.

The yearbook photo shows his real name, Cordae Dunston, who is tipped as ‘Most Likely to Be Famous’ out of his year group. Cordae attended Westlake High School in Waldorf, Maryland and graduated in 2015, before going to Towson University and dropping out without degree.

How it started: How it's going: pic.twitter.com/29i7aUFLVe

Cordae’s photo with Dre was taken during a 16-hour studio session on his birthday in 2018, while he was working on his debut album The Lost Boy. Despite having no credits on the project, Dre has acted as a mentor and played a big role in Cordae’s journey so far.

“I love working with him because it’s like going through basketball drills,” Cordae told Billboard in September 2018. “I felt myself getting better by the hour. [Dr. Dre’s] working with me on this solo project. That’s a mentor of mine. He had all his Grammy plaques and I’ve never seen one in person before which was motivational.”

In an interview with Montreality, he also talked about Dre’s important in Hip Hop as a whole, mentioning the rappers he’s helped and how conversations with him him have helped him grow.

“Dr. Dre is Hip Hop,” Cordae said. “There is no Hip Hop without Dr. Dre. He cultivated the sound and the culture of Hip Hop. Through three decades, he’s always had the top sound…He always cultivated the best artists, the most impactful artists of every decade. Of every era, he has his hand in it. With NWA, he is NWA. With himself, with Snoop Dogg, with 2Pac, Eminem then 50 Cent, then Kendrick Lamar. Bro!

He continued, “Dr. Dre is the greatest of all time, in my opinion. He’s a fucking goat. He continues to push this culture forward. He even broke through barriers on the business side of Hip Hop. “His level of thinking is so next level. For me to even be able to speak on him in person. He’s extremely motivating. He’s very encouraging. He’s got great energy man, I can’t speak highly enough about him. He’s good peoples man.”

Cordae officially left the YBN crew in August after he removed the three letters (short for Young Boss N*ggas) from his name on all platforms. The following month, he explained his decision to exit the group in an interview with TIDAL’s Elliott Wilson.

Take a look at more tweets from the ‘How It Started vs. How It’s Going’ challenge below.

HOW I PULLED UP: HOW WE COMING 😂 pic.twitter.com/hIYyicrfIj

How it started…. How it’s going pic.twitter.com/dGqukRE3yf