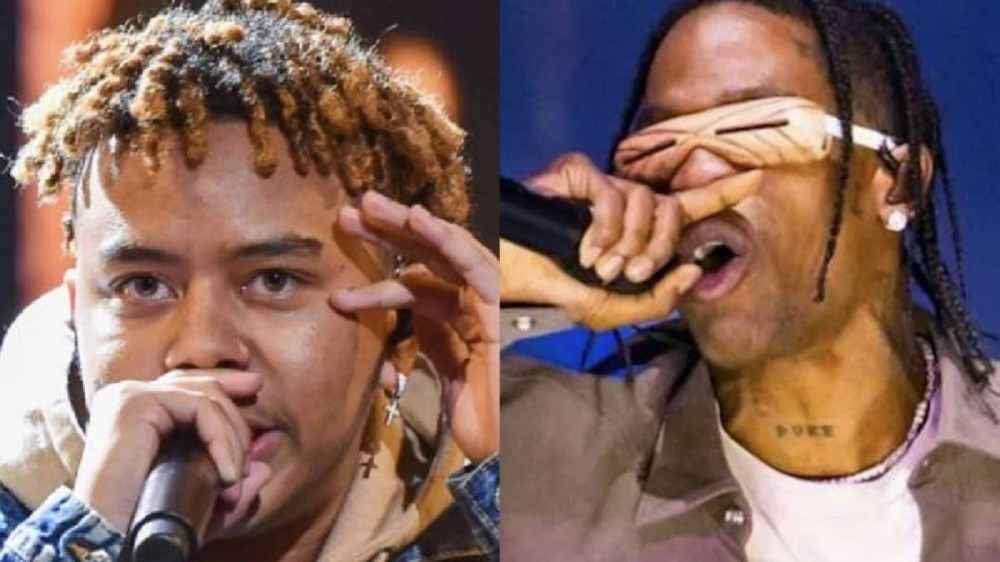 Cordae recently celebrated the seventh anniversary of Travis Scott‘s debut album, Rodeo, and made quite a bold claim about the 2015 LP.

The Maryland native took to Twitter on the day of the album’s anniversary (September 4) and proceeded to laud over it while also taking a trip down memory lane.

Rodeo was released on September 4, 2015, and debuted at No. 3 on the Billboard 200 chart, moving 85,000 album-equivalent units, of which 70,000 were pure album sales. Quavo, 2 Chainz, Juicy J, The Weeknd, Kanye West, Chief Keef, Justin Bieber and more are featured on the project.

“3500” featuring Future and 2 Chainz and “Antidote” were the only two singles officially released from the project, peaking at No. 82 and No. 16 on the Billboard Hot 100 respectively. Following the success of Rodeo, Travis Scott would go on to drop two solo No. 1 albums in Birds in the Trap Sing McKnight (2016) and Astroworld (2018).

With his upcoming fourth studio album, Utopia, La Flame is looking to get back on track following the 2021 Astrofest tragedy in Houston, Texas, that killed 10 people.

Travis Scott made his official return last month at London’s O2 Arena for two sold-out shows where he debuted two new songs titled “God’s Country” and “Lost Forever.” Immediately after the show, the Houston native took to his Instagram with a photo dump hinting he was back working on the album.

“Now to finish [CD emoji],” he captioned the series of pictures.

Travis Scott continued to add to the album hype when a photo of him and Pharrell working in the studio surfaced online. The session looked to be a vibe, with Travis and Pharrell smiling from ear to ear.

If that wasn’t enough, Travis Scott also recently announced a new Las Vegas residency. The upcoming Road To Utopia will take place at Zouk nightclub inside Resorts World Las Vegas for a string of seven shows kicking off on September 17.