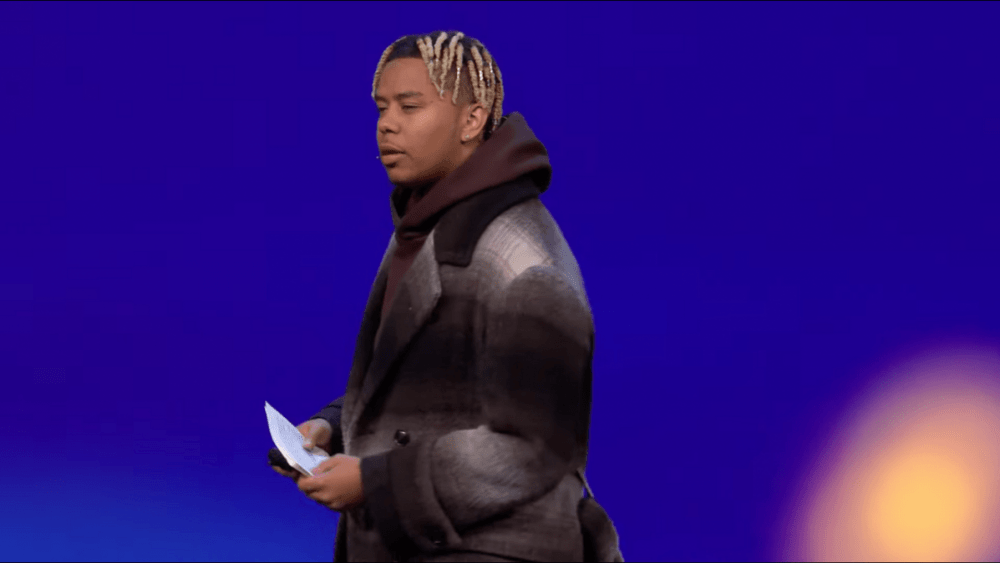 Cordae can now add TED Talker to his resume. The North Carolina-bred rapper hosted his first-ever TED Talk in April, where he discussed the power of maintaining “The Hi-Level Mindset.” The Lost Boy rapper began by saying it was his mom who first showed him the “Hi-Level Mindset,” which led to him being disciplined and optimistic for the future.

He went on to break down the steps necessary to achieve this mindset, with the first step being to remain positive. He applied this first step to a moment early on in his career when he released a mixtape that only garnered 200 downloads.

“The Hi-Level Mindset made me think, ‘Man, these misfortunes are just going to make my triumph story a lot cooler,” he said. “I used this as fuel to the fire, motivation if you will. It made me think, life is just a book, not every chapter is going to be perfect, but it’s about how it ends.”

Cordae’s TED Talk comes as he’s been seen rubbing shoulders with several notable figures in tech and beyond. Most recently, the rapper linked with Microsoft co-founder Bill Gates, where they were seen on video engaging in a deep conversation. He also used the opportunity to tease new music, even though he just dropped off his latest project From a Birds Eye View in January.

“I always gain hella weight when I’m in album mode smh,” he tweeted, before writing the next day, “Time to drop some music. Fuck all that waiting shit. I feel better.”