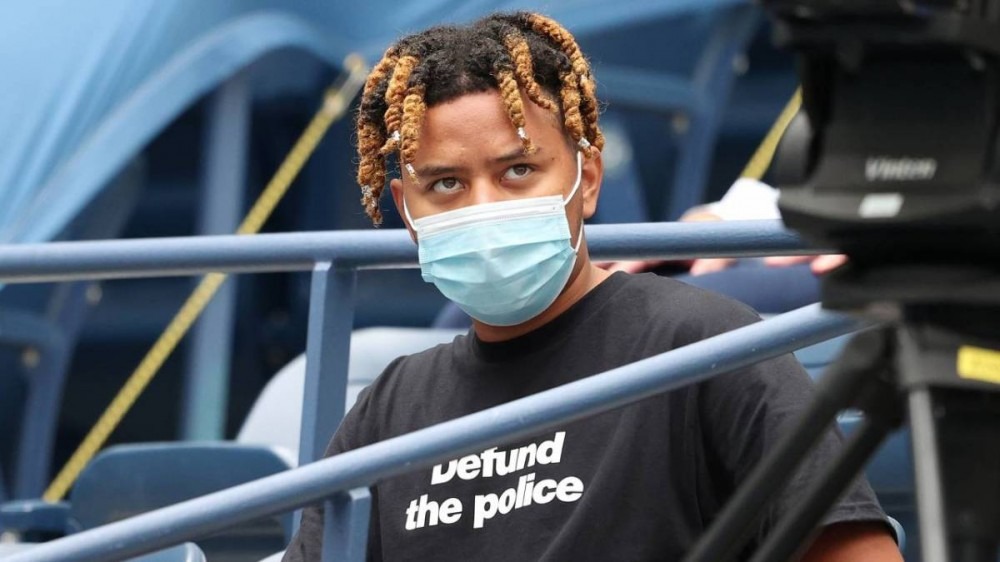 Cordae has another reason to celebrate on Wednesday (April 28). The former YBN crew member took to Twitter saying a felony charge against him has finally been expunged from his record.

“My felony finally got expunged today S/O to my lawyer,” he wrote.

My felony finally got expunged today S/O to my lawyer 🤞🏽

The 23-year-old had been arrested last July for protesting on the property of Kentucky Attorney General Daniel Cameron demanding justice for the police’s killing of Breonna Taylor. He was one of 87 people arrested at the scene that day.

Taylor was shot eight times in her bedroom home after Louisville police executed a no-knock warrant and unloaded over 20 rounds. One officer was fired but none were officially charged by the legal system. The Taylor family reached a settlement with the city for $12 million in September, marking one of the largest payouts linked to a police-related shooting.

Cordae returned to the music scene last Thursday (April 22) with the release of his Just Until…. EP. The four-pack featured assists from Q-Tip and Young Thug. The EP should hold fans over and serve as an appetizer until Cordae puts the finishing touches on his sophomore album, which he’s hinted at being titled From A Bird’s Eye View.

The Maryland native also unleashed the “Dream In Color” visual on Tuesday (April 27), which is a standout from the EP that finds him flexing his vocal cords a little more than usual.