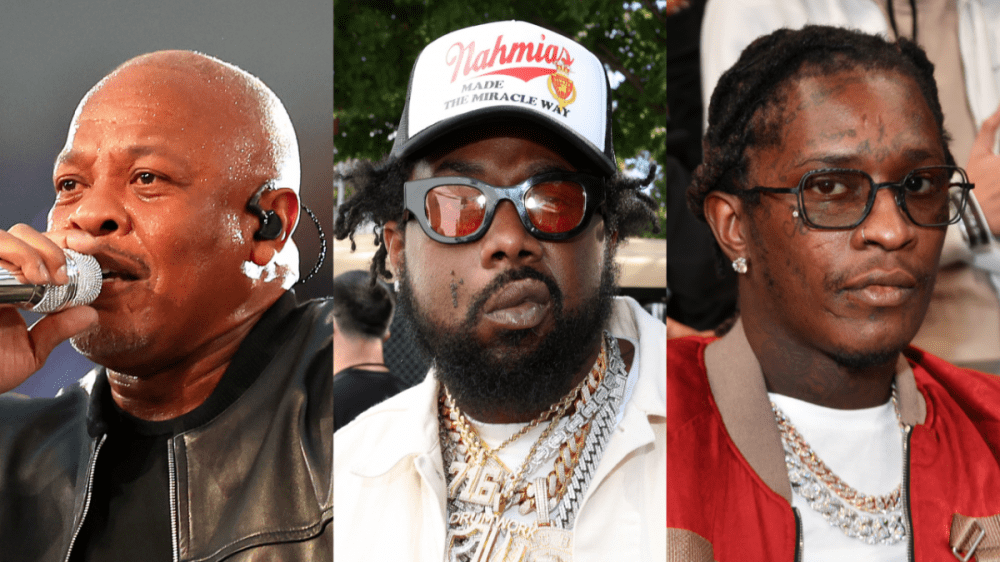 Conway The Machine has worked with some of the biggest names in rap since breaking through with his Griselda brethren, including Kanye West, 2 Chainz, DMX and Eminem, whose Shady Records label he signed to in 2017. But there are still a few collaborations he has yet to tick off his bucket list.

During a recent appearance on ESPN’s Jalen & Jacoby, the Buffalo, New York rapper was asked by co-host Jalen Rose who he’d like to work with that he hasn’t had a chance to connect with — and at least one of his answers might surprise some fans.

“Dr. Dre. I want to get locked in a room with Dr. Dre. I know we can make some magic there,” Conway replied, before adding, “But on a rapper side, I really want to work with Young Thug. I like Young Thug’s stuff.”

Conway The Machine and Young Thug may not sound like an obvious pairing on paper, but Rose gave the potential collaboration a boost by informing Conway he has footage of Thugga watching Jalen & Jacoby while in the studio.

“That’s fire,” The Machine replied. “Shout out to Thug, man. I hope we can get one in soon.” Conway recently flexed his Young Thug fandom by rapping over the “Hot” instrumental on his Greetings Earthlings mixtape.

As for Dr. Dre, there are few artists closer to the legendary West Coast producer than Conway’s now former label boss Eminem, so perhaps he can leverage that relationship into making his dream collaboration happen.

Conway The Machine‘s Jalen & Jacoby interview came on the heels of his brand new album God Don’t Make Mistakes, which arrived on February 25.

The deeply-personal, critically-acclaimed project boasts a bevy of big-name guests including Lil Wayne, Rick Ross, T.I., Jill Scott and Beanie Sigel, as well as Hit-Boy, The Alchemist and J.U.S.T.I.C.E. League behind the boards.

The album is just the beginning of what Conway is hoping will be a “big year” for him, which may include a new joint project with The Alchemist. The pair previously teamed up on 2020’s LULU.