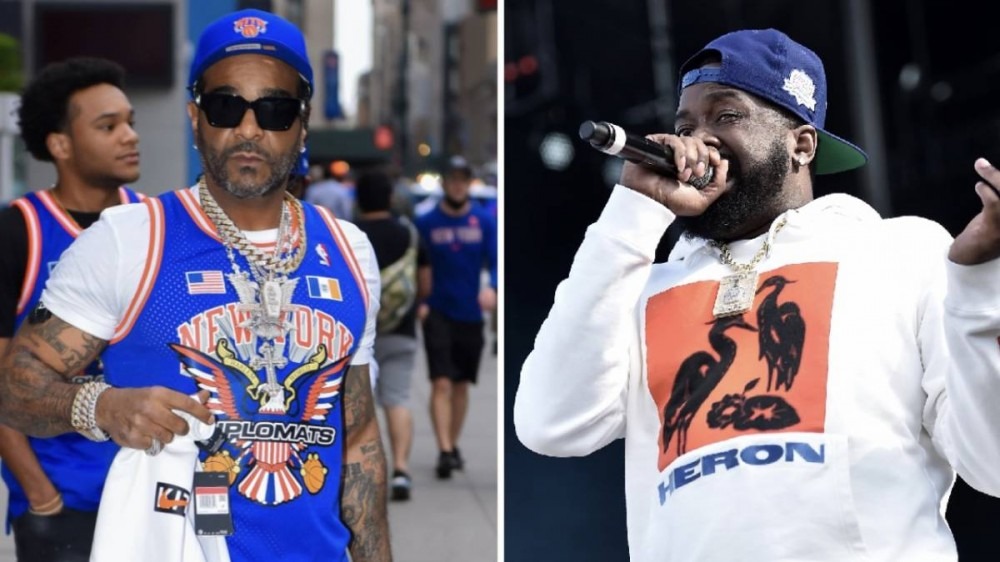 After going back and forth over who’s the best rapper of 2021, Jim Jones and Conway The Machine are going to face each other to determine who claims the title.

On June 18, Jim Jones paid a visit to Brian “B. Dot” Miller on Complex where he spoke about the “Top 10 Rappers of 2021” list the RapRadar Podcast host put out earlier this month. Capo gave The Machine his credit but said there’s no competition as the Harlem native believes he’s the better rapper.

Conway saw the clip and reposted it on Instagram with a caption saying Jones couldn’t match up with him in a real rap battle.

“I’m minding my business tryna enjoy my 2 Michelin star dinner right now but fuck it I got a little time on my hands,” Conway wrote. “Stop playin wit me edition @bdottm @complex u already KNOW capo can’t fuck wit me… @jimjonescapo let me hear something king.”

Jones then hopped in the comment section asking Conway which decade in his expansive career does he want him to touch in their battle.

The showdown trickled over to Twitter when B. Dot tweeted Conway’s Instagram post and took the battle to the next level. Instead of having the two rappers play their own songs, B. Dot insisted they rap over new beats.

“Looks like @WHOISCONWAY is ready,” he wrote. “We need a producer. @Boi1da send ova a pack!”

The Grammy Award-winning producer heard the call and responded with a gif showing his excitement with the upcoming battle.

There’s no date set for this battle but fans can expect it to go down with how serious both Jones and Conway are taking it. After causing all this commotion with his list, B. Dot may want to look into making these rap battles an actual thing after Jones advised they work on making this battle the start of a buzzing platform during his interview.

Jim Jones fired the first shot when he wasn’t too happy with his position on B. Dot’s list. He came in at No. 10 but believed he could really out-rap people like Freddie Gibbs, J. Cole, Lil Baby, Lil Wayne, Drake and more.

“I didn’t make this list but tell @bdottm th list is cute I’m a start chopping this list down one by one lol,” Jones wrote in the caption. “Matters fact put me in th booth wit anyone of these artist and let’s do it live see who’s left standing. Thts how we can really settle this shit like th westerns shoot th booth up.”

He continued, “Makin music is fun till u gotta go head to head I love competition. Anybody wanna rump let me know besides th competition we can make a serious bag turn this into a NFT and everybody walk away wit a bag like a @floydmayweather fight. Yal let me know if any of these artist accept th challenge I’m ready.”