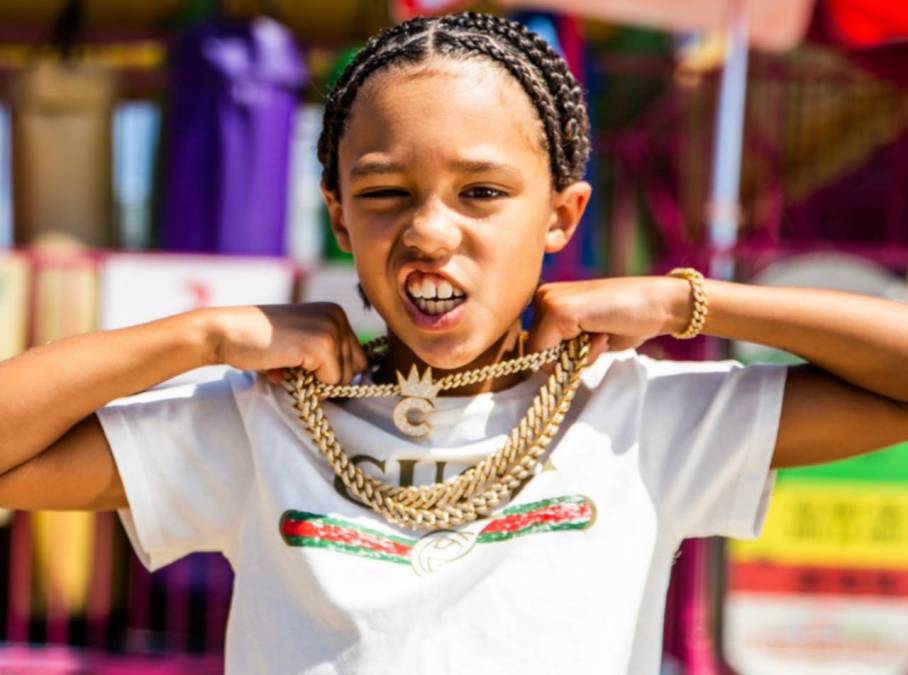 While his pops Consequence is busy assisting Kanye West in the pending streaming wars against Drake, Caiden The Crownholder has his sights set on conquering Hip Hop just like his stage name suggests.

The 10-year-old has virtually been recording since he’s been old enough to talk but as he relays to HipHopDX in the wake of his new single “All Summer Long,” the honeymoon period is over.

“It’s funny because I’m really understand the responsibilities with being an artist,” Caiden The Crownholder admits. “ I know I had fans as a baby but now really understanding everything. I went to Donda listening and I saw the importance of having the album ready for the people after they get excited.

Throughout his obvious nod to the warmer months (produced by the Grammy Award-winning BongoByTheWay), Caiden The Crownholder uses the same storytelling prowess instilled in him by his venerable MC father and even counts Lil Tecca, Fivio Foreign, Pooh Shiesty, Young Thug as influences.

“It used to be my hobby but now I feel like it’s my job,” he concluded.”

Recognizing the differences between his CD-pressed generation and today’s Spotify demographic, Consequence supports his son’s increased productivity now that he’s reached double digits in age. On August 18, he tested his skills over LL Cool J’s classic “4,3,2,1” instrumental via “Reese’s Puffs (Freestyle)” and fans — new and old — can expect much more going forward.

“With his generation, none of it is off the table. It’s the Playlist Era and most playlists are made to fit a mood or vibe so nothing’s off the table!” Consequence tells HipHopDX. “If they want to listen to What’s not cool is having to make a choice — we don’t look at it like that! We look at everything from a RapCaviar vision.”

Check out Caiden The Crownholder’s new music above. As for the Donda listening, Consequence promises to clear up all the madness once the album drops.