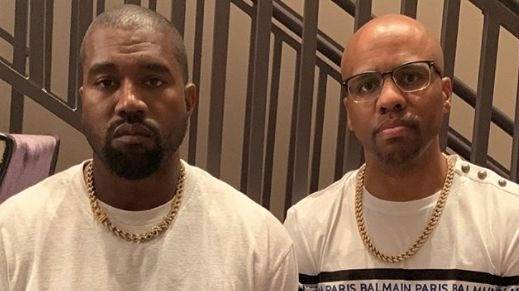 Interview – Consequence held an album listening party via Zoom for his forthcoming EP Things Are Different Now on Monday (September 28).

After revealing he’d been diagnosed with lupus in June, the Tribe Called Quest affiliate ended up talking about J Dilla, Q-Tip (his cousin) and Kanye West as producers, who he considers three of the greatest beat makers of all time. But it was Ye who he crowned with a special distinction (although Nas may have a different opinion in regard to Ye’s work on NASIR).

“Each one of those gentlemen have a specific skillset whether people know it or not, at least in my opinion,” he says to HipHopDX. “For me, I’ve always been a rapper who’s excelled over drums. Obviously, if you know anything about production culture, you know Q-Tip is one of the best drum … I don’t want to say choppers … but Q-Tip knows how to make a drum from a sample sound like it wasn’t even from that sample.

“He takes drums and gives them a whole other DNA. Kanye’s one of the best record finishers in modern music. People sometimes get lost in some of the other things, but you have to understand about Kanye, he’s delivered eight records that have had mass reception across the globe.”

ConMan circa 2003 before the inception of G.O.O.D. Music

Consequence, who helped mix Kanye’s latest album Jesus Is King and has worked on numerous projects with him in the past, produced the Things Are Different Now EP entirely on his own, a skill that was sharpened by his studio experiences with Kanye.

“Being part of these processes, it has allowed me to obviously be studious and obviously take notes,” he explained. “Out of necessity as an East Coast rapper, I began this journey after I co-produced a party record for Beyoncé. I learned how to deliver what needs to be Consequence’s sound for 2020.”

Happy Birthday to my nigga YE!!!

Cons raps about Kanye on the project and touches on a frequent question he’s asked — “What’s up with your mans Ye?”

“People ask me that all the time,” he says. “At this point, I’m not looking to escape from it. We have a storied history and we are continuing to do great things and shit. It’s funny, I never dreamed I would be in my 40s being … it was told to us you got a cut off … but I feel like over the past couple years we’ve gotten into a good groove with a lot shit. He and I, I work with him on a lot of things that people may or may not know about that come into fruition. For some people, they may or may not put two and two together.

“Working with Kanye and being Kanye’s friend, it’s a very challenging thing at times because people’s perception and what reality is don’t coincide and a person to Kayne’s fame level makes people very assumptive. It’s part of the gig. It’s all good.”

The title Things Are Different Now speaks to Cons’ health condition. Prior to the EP, he’d been working on an album called Make Up For Lost Time, but that’s temporarily in limbo. He felt the collection of songs on the upcoming EP speaks to what he’s currently going through. For the time being, Cons really has to focus on managing his health.

“I wouldn’t say I’m on a cocktail [of medications], but a couple are for remedy purposes,” he says. “I had to take hydroxychloroquine. I’m taking prednisone, but I’m tapering off of it. I have to take one for cholesterol, because it’s like I have to bring everything down. I was eating — I don’t want to categorize it as a Black person — but I was enjoying life, enjoying food and shit.”

I was body shamed when I posted this pic on 08.17.20 I was approx 113 lbs And some asshole said I looked like “an old junkie” Lupus + Diabetes had been kicking my ass for 7 months straight But… Oddly enough I was getting better as 2 weeks before that I was 105 lbs and my sugar was in the 500’s from being on Steroids But I was determined to wish my son @caiden817 Happy Birthday Because, as you can see, it could have been the last time God’s will is God’s will This is my story and I’m tell it my way… Wait till you see me in a picture now 💰💰💰 #ThingsAreDifferentNow

The steroids doctors gave to Cons, who was already a Type II diabetic, made his sugars go through the roof and as a result, he’s now fighting Type I diabetes as well.

“I don’t even eat candy,” he explains. “I do eat breakfast, but the thing is I learned you might as well eat cake if you eat white bread. I’ve had to restructure how I eat and shit, and I’m learning as I go. I literally was at the doctor today, I was talking to the nurse.

“I’m like, ‘Oh, you know, you guys please understand I haven’t been doing this for five years. I’ve been doing it for like eight weeks, dealing with just the quarantine.’  I’m literally still trying to gain my bearings with everything and shit. Like I said I feel better, I wouldn’t have did this [listening party] if I didn’t feel better.”

Cons doesn’t plan on giving up. After all, he has his 9-year-old son Caiden Mills to look after. But he does understand he’s going to have some bad days, and that’s OK.

“One thing I learned through this whole thing is that it’s alright to be sad about things,” he says. “I’m going to be honest with you, even myself, if I didn’t go through the sadness of having to almost say goodbye to myself, then I wouldn’t be in the mood that I’m in now.

“If I would’ve had to do it, the only thing I would really think about was my boy. I lived, I did all the crazy shit I did. I’m not saying that’s a good thing to go through, but it definitely helped me just reshape how I respond when I actually do have to deal with death. Because of the fact that, I just know now what’s really important.”

The Things Are Different Now EP is expected to arrive on October 23.