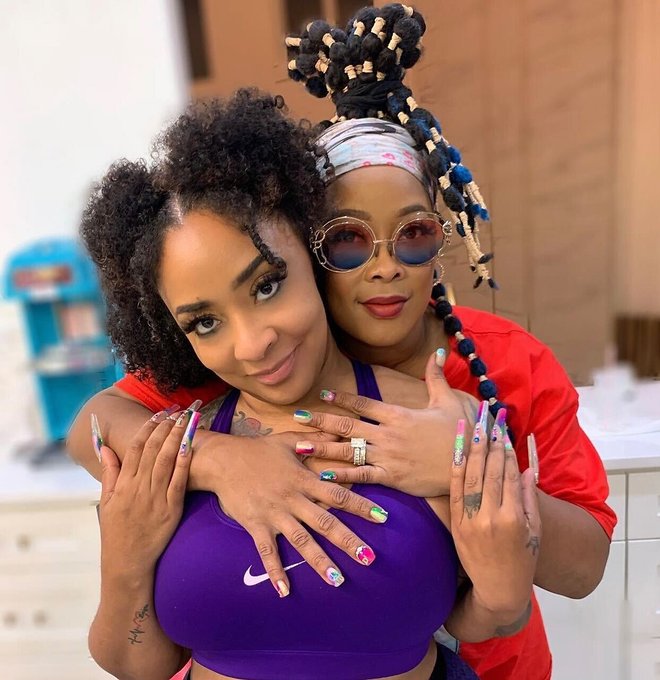 Today is a big day for Da Brat and Jesseca. The Grammy-nominated rapper is set to tie the knot with her fiancé, Kaleidoscope Hair founder Jesseca Dupart.

The couple, who are expecting their first child together, are scheduled to solidify their union of love on the numeric 2-22-22.

Shawntae Harris aka Da Brat has been open with her relationship on display for all to see on the couples We network reality show Brat Loves Judy, which is one of the few reality shows centered around an LGBTQ couple.

Their walk down the aisle comes just weeks after the couple announced they were expecting their first child together.

READ MORE: Meeting Judy was a game-changer for Da Brat.

The couple shared the news on Instagram with a photo of Da Brat wrapping her arms around Judy, holding up a heart in front of her fiancé’s stomach.

“We are EXTENDING the family🤰🏽”.

This will be the first child for Da Brat and the fourth for Jesseca.

Love wins. Join us in congratulating the pair!