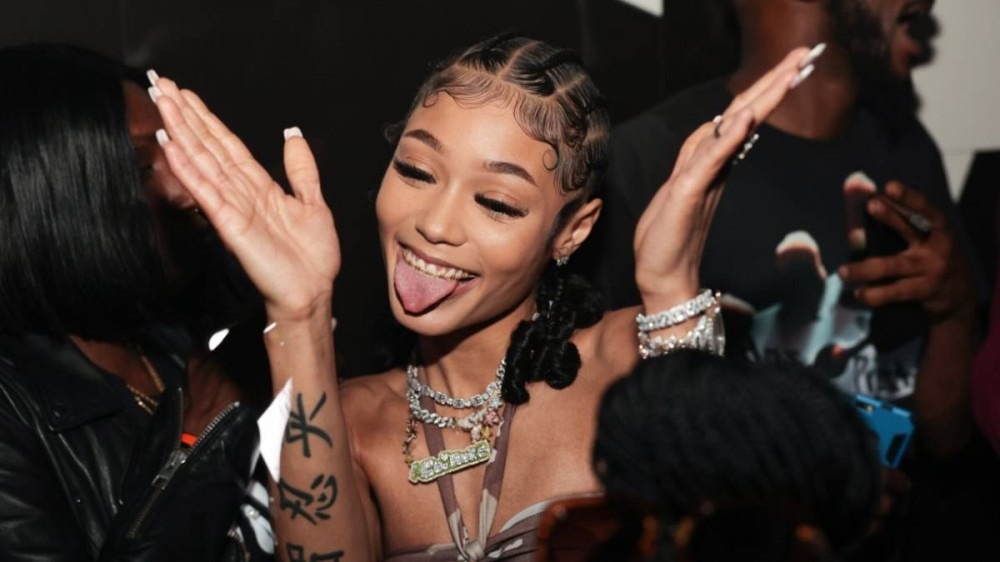 Coi Leray‘s sexuality has been a topic of interest (and speculation) ever since she rose to fame. Despite high-profile relationships with fellow rappers Pressa, Trippie Redd and Blueface, the “No More Parties” star has continually faced questions about her sexual preferences.

During a recent Instagram Live session with her “Blick Blick” collaborator Nicki Minaj, Coi Leray set the record straight (pardon the pun) on her sexuality. After Nicki broached the subject by asking Coi if she’s a lesbian, the 22-year-old replied, “No, no, no. I like dick.”

Ironically, it was a sexual encounter with another woman that made Coi certain about her heterosexuality. When asked by Nicki if she’s bisexual, she replied, “No. I ate pussy before, though. It just wasn’t for me.”

She added, “After I was in it, that’s when I realized! I was like, ‘Listen, this is not for me. This is not my type of thing.’”

Coi Leray went on to explain that there’s one thing she likes about men that she simply can’t get from women.

“You know what it is, Nicki?” she continued. “I like a man’s touch. I like aggression. So a girl can’t really give me that aggression.”

Nicki Minaj countered by pointing out that some girls are aggressive, citing openly-gay rapper Young M.A as an example. Coi said she thinks M.A is “cute,” but doesn’t look at her in a sexual way and sees her as more of a “homie.”

Although she’s put the speculation surrounding her sexuality to bed, Coi Leray‘s comments might not make her love life any less turbulent. Just last month, the New Jersey-raised rapper alluded to breaking up with Pressa after less than a year together.

“No More Relationships,” Leray tweeted on February 20, seemingly confirming the split. The “Attachments” collaborators have since deleted photos of each other on their respective Instagram pages.