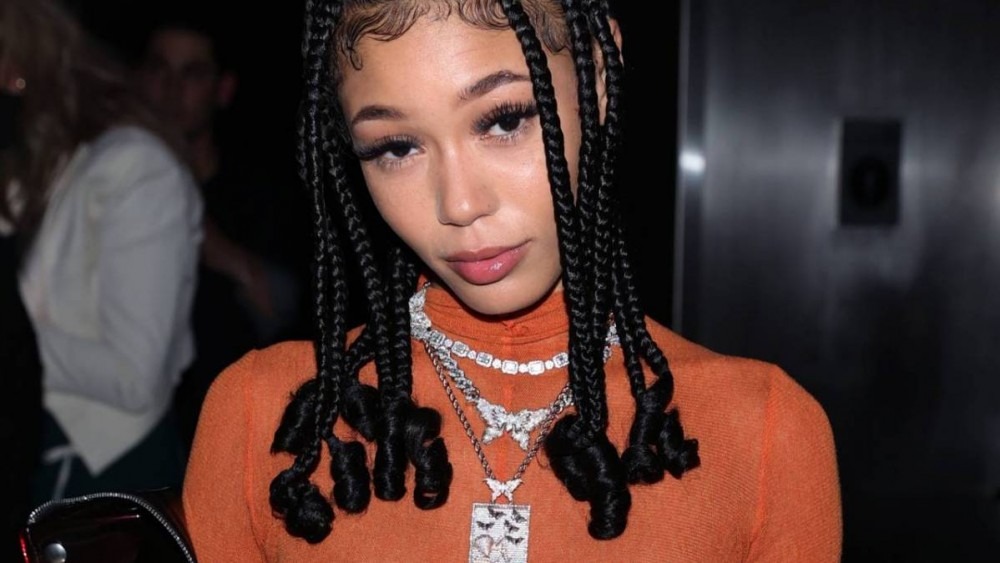 New York, N.Y. – Coi Leray has been the topic of conversation in rap on a number of occasions this year, and she’s looking to steal the show at New York Fashion Week with a few of her head-turning outfit selections.

On Thursday (September 9), Coi Leray left her breasts naked outside of a couple of stickers covering her nipples as part of her custom Moschino fit designed by Jeremy Scott. The outfit was completed by a matching plaid top with pants and a miniature hat barely staying on top of her signature braids.

Coi captioned one of her looks from this week, “industry shook.”

In just her first NYFW, the “No More Parties” rapper and eclectic dresser is looking to assert herself as a force in the fashion game and show there’s no line she won’t cross while remaining comfortable in her own skin.

The winning streak continues for Coi Leray who earned a nomination in the Best New Hip Hop Artist at the forthcoming 2021 BET Hip-Hop Awards. She isn’t afraid to flaunt her recent accomplishments either.

With all of her momentum, Coi Leray is headed into the release of her official debut album later this year. Fans can expect a plethora of music from the Republic Records artist in the near future.