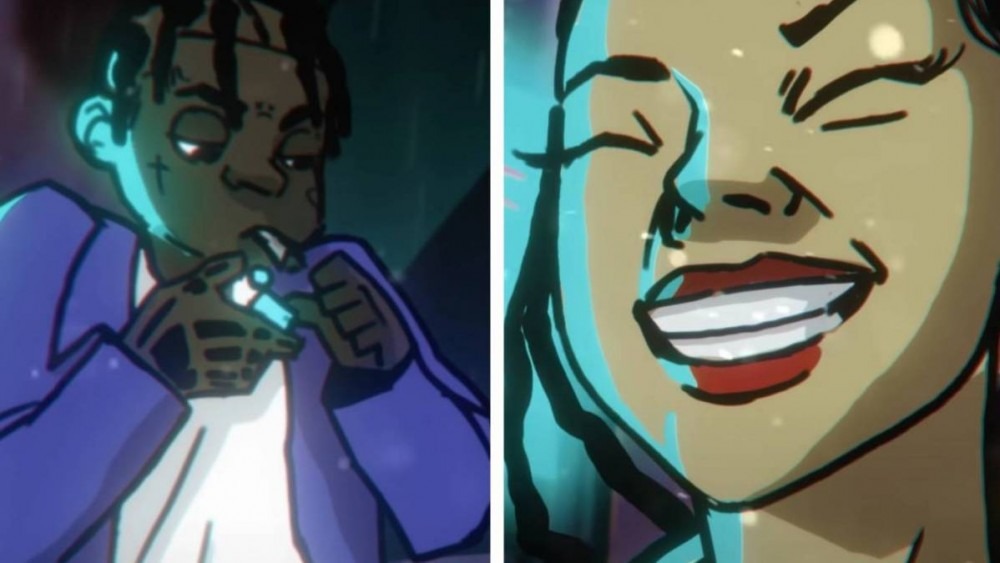 To up the ante, he recently added the media magnet, Coi Leray, to the remix of his melodic hit, “2055.”

Without belaboring the song length, the “BIG PURR” rapper slides in with her patented, rapid-fire spills as Sleepy Hallow maintains his cruise control flow through the Great John concoction.

The song also recently held the coveted RapCaviar playlist crown on its way to 74 million streams to date.

To promote the Coi Leray update, Sleepy Hallow enlisted the services of director Aylo, as well as animators Owen Khang and Thomas Ritson for a short but satisfying visualizer to convey the track’s emotional properties in living color.

Watch the “2055 (Remix)” video visualizer above. In addition to the New York fair, Sleepy Hallow will also be gracing the Hot 97 Summer Jam and Rolling Loud New York stages later this year.

Sleepy Hallow’s trajectory has been followed closely this year with the rest of his Rising Star peers. Learn about them all here.