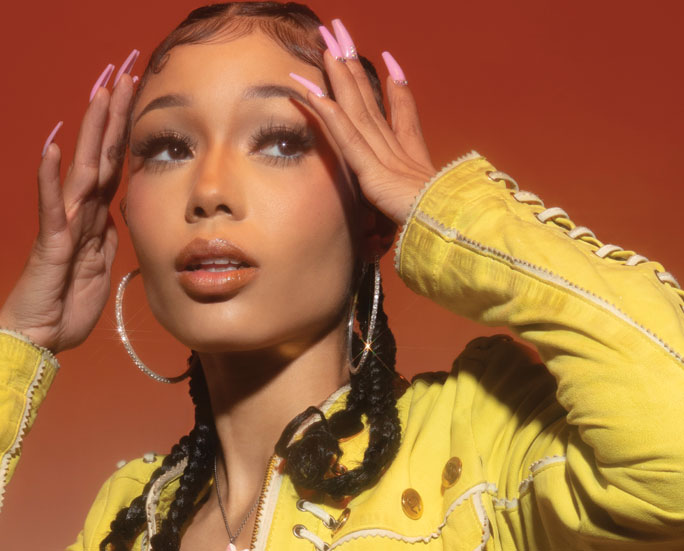 24-Year-old rapper Coi Leray made her breakout in 2021 with her single “No More Parties” which gained the rapper a lot of recognition, before she followed up with a feature from Lil Durk, making the song viral on TikTok and turning the tune into a club banger.

Shortly after, Coi Leray would be a part of XXL’s 2021 Freshman class, spitting alongside other worthy MCs. Coi Leray has shown consistency since her breakout by following up with other hit singles including “Twinnem,” “Big PURRR,” “Better Days,” and more.

Aside from her social media presence, Coi Leray has shown that she is the definition of prevail and prosper. Although she has only been in the game for a short period of time the New Jersey native has pushed through situations where all odds were against her.

“Just wanna say thank you for all the love I get. I’m so loved by so many people it blocks out the hate. You love me I love you. Forever,” the rapper tweeted, choosing to ignore the negativity.

Despite the critics, Coi Leray continues to drop heat, putting her experiences in her music with the release of her newest single, “Anxiety,” which is the rapper’s first release of the New Year.

In the single, Coi opens up about dealing with anxiety on a daily basis from critics and trolls who try and bring her down.

“I still got anxiety, that’s why I keep it on me / Sometimes I feel like, can’t trust no one around me,” she sings. “There’s another side of me but I don’t even show it / ‘Cause I got way too many people eating off me.”

It’s safe to say this is one of Coi Leray’s most intimate singles, as the rapper vents behind the mic over the melodic beat.

Check out the single below.