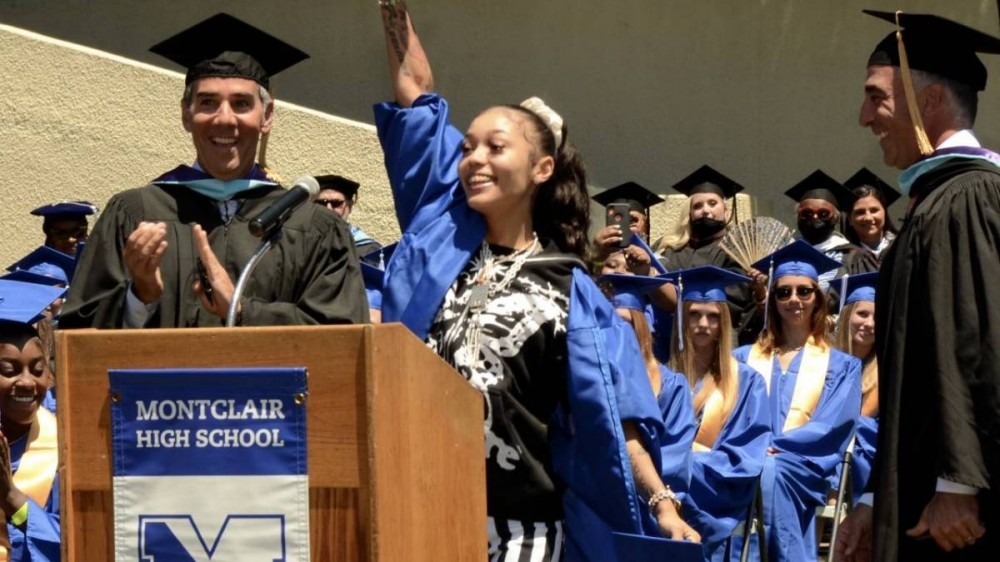 Montclair, New Jersey – Coi Leray keeps adding to her breakout year with platinum plaques and millions of streams. With all the success she’s having, there’s one accomplishment that trumps all of the rest.

After delivering her speech, the Lipman’s and Montclair High presented Coi with an honorary diploma eight years after the 24-year-old rapper dropped out. To celebrate, Coi, Monte and Avery recorded themselves in their graduation robes busting out a quick two-step routine.

“It’s never too late,” Coi wrote in the caption of her post holding her new diploma.

It’s always great to see rappers go back to school and receive a diploma. Quavo went back and graduated high school last year at 29-years-old and Waka Flocka received an honorary doctorate degree in philanthropy and humanitarianism from the Bible Institute of American Theological Seminary.

Coi Leray has come a long way from her days growing up in New Jersey. In May, she took to Instagram to share a photo of her mugshot from 2018. According to one of the charges she showed in another picture, Leray was arrested for drug possession and she reminded fans that her critics barely know her. She also let them know her album is done and ready to go.