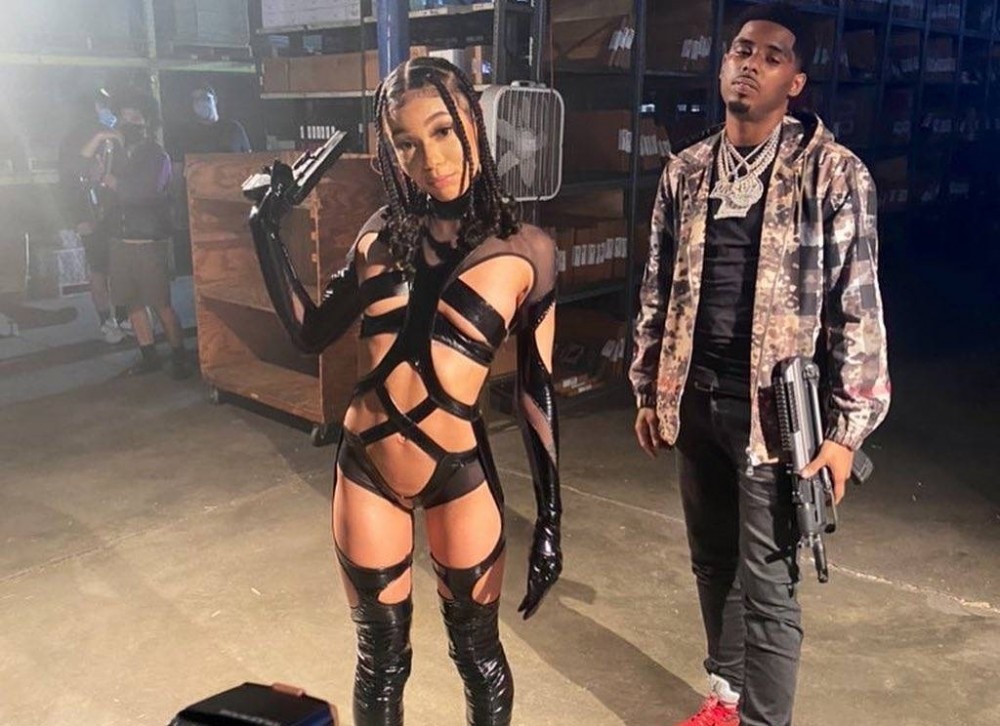 One of 2021’s hottest collaborations has an even hotter video to match its Billboard-blazing hype.

A couple of weeks back, Coi Leray linked with her “BIG PURR (Prrdd)” collaborator Pooh Shiesty for the song’s visual representation, and on Friday (April 30), the Reel Goats-directed music video was unleashed for the masses.

After finding the warehouse location for the luxurious goods in Pooh Sheisty and his crew’s possession, Coi Leray goes Black Widow on the entire operation, until she’s face to face with the “Back In Blood” rapper.

Will she win or lose? One thing is for certain is the New Jersey-bred rapper is having a great 2021 thus far.

While her Republic Records home has counted over 660,000 “BIG PURR (Prrd)” TikTok videos amount to nearly 50 million views, her previous single, “No More Parties,” awarded her first taste of RIAA gold and peaked at No. 30 on the Billboard Hot 100.

She also recently starred in a SKIMS campaign for Kim Kardashian and made her television debut via The Tonight Show Starring Jimmy Fallon.

Watch the “BIG PURR (Prrdd)” video above and check out “No More Parties” live below ahead of her debut album announcements.