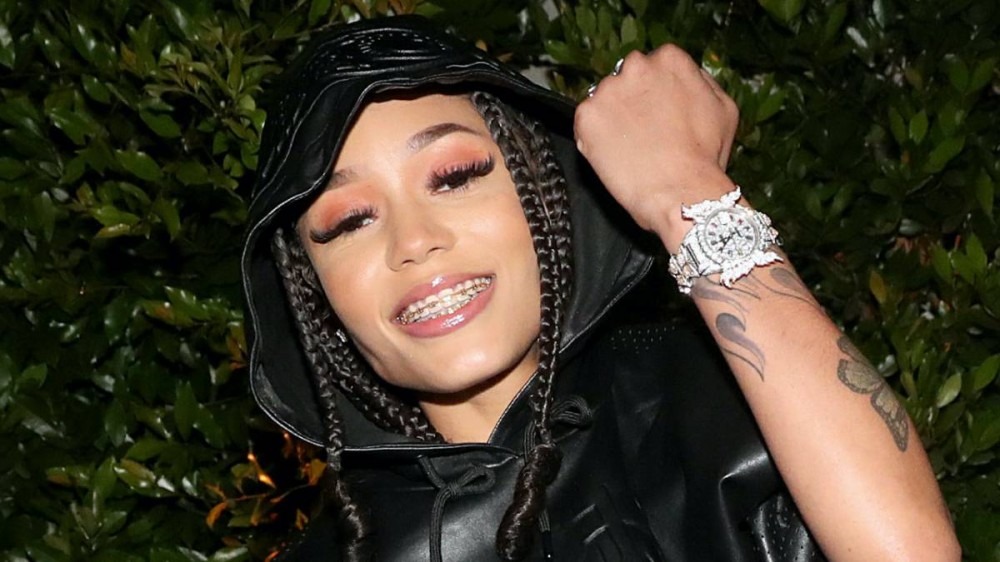 Coi Leray’s popularity has skyrocketed since the start of 2021 with the success of her platinum single “No More Parties” with Lil Durk and “Big Purr (Prrdd)” collaboration with Pooh Shiesty.

“What nicki say? 50k for a verse no album out ?” she wrote. “Lol. don’t be the person at home debating with there dusty ass cuzin if I’m a hot or not telling each other I won’t make it.”

For an artist who only released their first song four years ago, Coi Leray is setting high levels for herself. During a 2019 interview with Hypebae, she revealed she only recently wanted to make a career out of rapping.

“I actually never had that feeling until the end of 2018,” she said. “I always knew that I was talented and you know I definitely grew up around music. Music is in my blood so I always knew somehow it was going to find me.”

After signing to Republic Records in 2019, 24-year old Coi Leray is getting ready to release her debut album in September.

“I’m living in the moment,” she told AllHipHop in June. “It feels good. It really does. I have a good team, a great team. I’m just surrounded by love, and that’s just what really keeps me be level-headed, and other than that I’m lit. Like c’mon big trendsetter, big purr, the biggest purr.”

She added, “I never dropped my album. I’m gong to drop a debut album in September, and we’re going to go crazy. I have so much great music. I’m really just happy to start showing the world the star that I truly am. I’m here to stay. I ain’t going no where.”