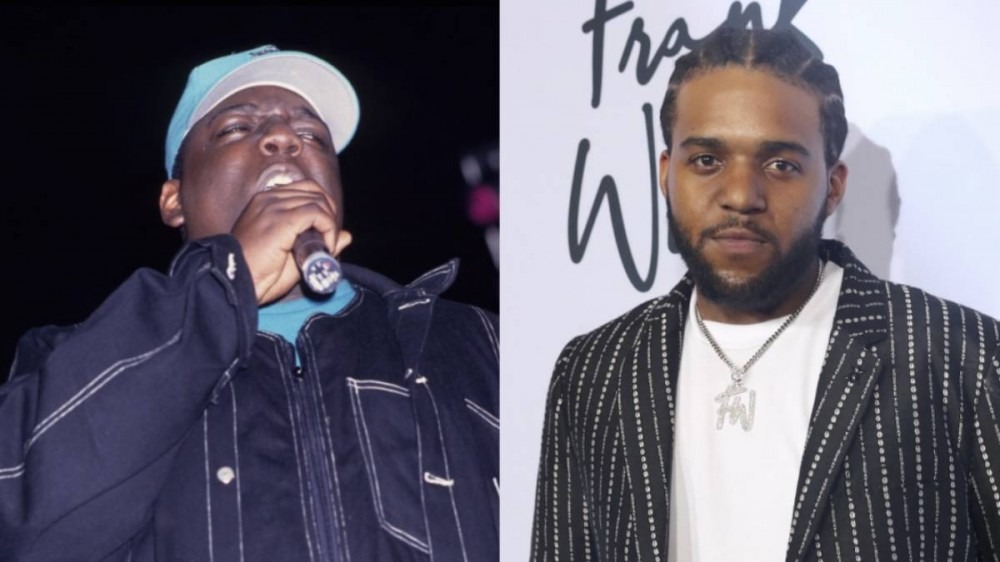 CJ Wallace, the late Notorious B.I.G’s son, just got a piece of jewelry done in honor of his father, and it’s a piece that left the 25-year-old in awe.

Footage of CJ observing the new piece of jewelry found its way on social media and shows him in complete surprise by the excellent work done by Mazza New York jewelers.

CJ Wallace gets a custom Biggie pendant dedicated to his father 💎🔥https://t.co/3Yh0bOWpT2 pic.twitter.com/WKV9beP5EA

The pendant is inspired by the iconic photo of Biggie taken by Dana Lixenberg, showing him counting money while wearing a colorful Coogi sweater. The back of the pendant shows the tracklist of the late rapper’s debut album, Ready To Die, with the baby from the cover art included.

According to Mazza New York’s Instagram post, CJ’s mother, R&B singer Faith Evans had the piece made for her son.

“It was an honor to get the opportunity to create such an iconic figure such as B.I.G., it was a greater honor to present it to my guy @cjordanwallace,” the business wrote in its caption. “Thank you @therealfaithevans for trusting our brand to create such an important piece for your son.”

This isn’t the first time Mazza New York has done a Hip Hop inspired piece. The jewelers have become regulars amongst rappers, including Juelz Santana, who recently got an iced-out piece done last month.

A video surfaced on Instagram showing Juelz arriving at the store where there was water in front of the door. The rapper claimed to have no idea what caused the “flood,” but the store owner had an idea of what could’ve caused the leak.

“You got a whole flood in here, Mazza. You bugging out, brodie,” Juelz said as the store owner went to his office to grab an item. “I know you got ice water and all that, but come on, you got a live flood going on!”

Mazza returned with an iced-out chain featuring a diamond-encrusted pendant of the baby mascot from Juelz’s company, I Can’t Feel My Face. The Harlem native could barely contain his excitement after seeing and putting on the chain.

Santana’s purchase came days after Jim Jones copped his own piece from the popular jewelers. Capo and his fellow Lobby Boy Maino had pendants made in the form of a door knocker usually found in New York City housing projects. The duo explained how the pendant was a sign of their struggle and triumph, with Jones rubbing it in people’s faces as usual.

“These is trophies,” he said. “Y’all was acting like I was crazy when I said I was going to do the album with Maino. We going Lobby Boyz on you n-ggas. What? What happened now? Big trophies, n-gga, we won. We up and we won.”