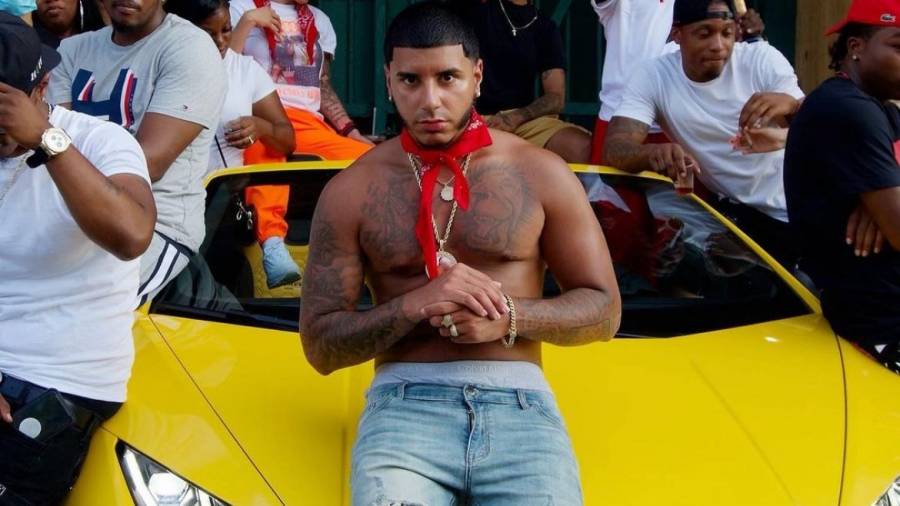 EXCLUSIVE – Staten Island rapper CJ has been taking the Hip Hop world by storm with his surprising hit single “Whoopty.” The song dropped in July and has been doing numbers ever since its release. It has already been streamed over 47 million times on Spotify and hit 87 million views on YouTube while becoming a fixture on TikTok dance videos.

A song made by experiment became one of the hottest of the year with other household names taking notice, like Cardi B who rapped along to it on social media, and Wiz Khalifa, who hopped on the instrumental. CJ couldn’t have asked for a better breakout moment, especially when he’s been releasing music as early as 2016.

During his conversation with HipHopDX, CJ gave insight on how being stuck in the house during the summer months of quarantine, and thinking about the state of New York Hip Hop, gave birth to “Whoopty.”

“Basically, I was in quarantine and stayed in the house for a long time, and I was just like, ‘Damn, there ain’t no music coming out right now,’” CJ told HipHopDX via Zoom. “We had lost Pop [Smoke], may he rest in peace, and I felt that we were missing that energy, that New York bop, that New York swag. You know what I’m saying? We was missing that whole lane.”

New York City is still reeling from Pop’s untimely death, and there hasn’t been a new, young rapper since that has elevated the city as much as he did. Pop helped popularize Brooklyn drill, and his death opened the door for rappers in the Big Apple — and all over the country — to try their hand at the menacing, drum-heavy production.

According to CJ, all his friends were pushing him to hop on the wave to do the same, and thankfully he did. “Whoopty” debuted at No. 97 on the Billboard Hot 100 in November and within a matter of weeks peaked at No. 51.

“As soon as I heard it, I knew it was going to be something because it was super hard,” the 23-year-old rapper continued to say. “I never expected it to be this big, but I thought it would go viral and that a lot of people will hear it. It actually turned out to go super viral.”

With a record as big as “Whoopty,” artists and their teams usually have a remix locked and loaded to maximize the buzz surrounding the song. The Staten Island native knows that time is coming with how fast his hit single is moving across the globe. As he told HipHopDX, there are plans to drop a remix, and CJ has been in constant conversation with other rappers.

“We’re just trying to figure out because we want to make it right. If we’re going to do a remix, it got to be correct. Some artists are in conversation, but we want to make sure we drop the right one. We don’t want to fumble this one because this one got to be huge,” CJ said.

When asked who would be the best choice for the ideal “Whoopty” remix, CJ kept it real New York calling upon Cardi to jump on the track. The Bronx rapper shouting him out on Instagram in November was a significant moment for CJ, especially when he says there aren’t too many Latin artists in the Hip Hop industry who’ll reach out and show love. Just off the strength of the bond they share, the “Whoopty” rapper thinks their collaboration is a given.

“Cardi B gave me that super co-sign, and that was huge. I’ve been reading the comments and everything about hearing her on the remix,” CJ revealed. “If, in God’s grace, you know what I’m saying, hopefully, some stuff comes through. But if not, then somebody that’s super relevant and doing their thing in the game that will make it even bigger than what it is.”