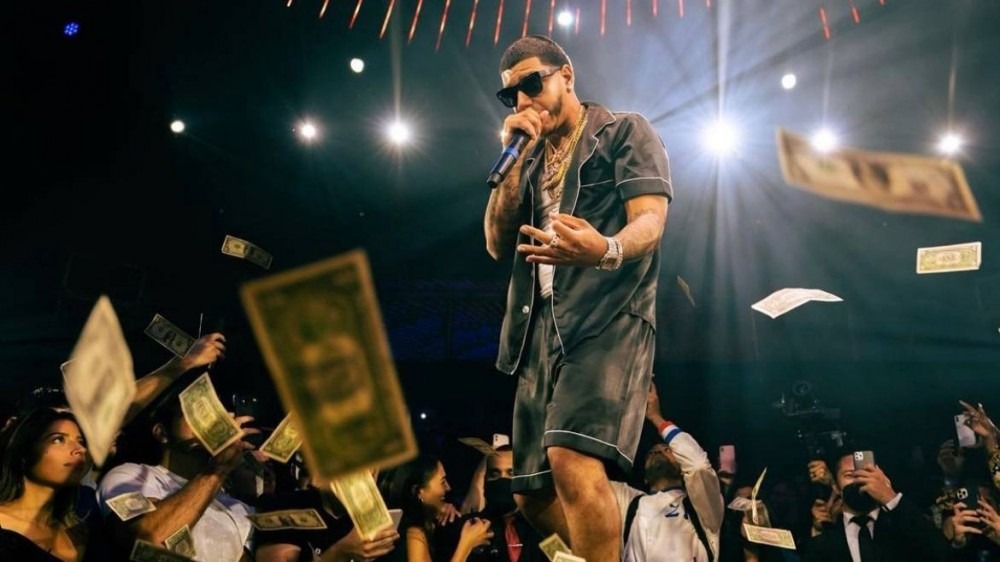 CJ’s career got off to a great start when his song “WHOOPTY” became a breakout hit in summer 2020. However, as his stock grew, critics felt CJ was just an industry plant thanks to his familial connection to music executive James Cruz and the heavy use of New York drill in his music following the success of “WHOOPTY.”

“WHOOPTY” is not the lyrical masterpiece that Hip Hop purists would want to hear. CJ even told HipHopDX “WHOOPTY” was supposed to be fun, and he wanted to have that approach with all his songs moving forward. But it seems like CJ wants to silence his critics who have something to say about his rhymes.

On Wednesday (June 2), the Staten Island rapper took to Instagram to post a video of himself rapping over the instrumental to Drake and Rick Ross’ collaborative effort, “Lemon Pepper Freestyle.” For his version, CJ wasted no time targeting the opps and made it known what type of action he’s on with the opening line.

“First things first bitch I’m hit squad brim, and if you got a problem with it, you can suck my dick/N-ggas wanna kill me cause I probably fucked their bitch/Crazy how a n-gga I called my brother done turned snitch,” CJ said with an aggressive tone.

Elsewhere in the freestyle, CJ turns it up a notch and gets disrespectful about not caring for any of his enemies who have crossed over to the other side. According to CJ, he has no emotion for situations like those.

“You broke n-ggas gotta be kidding me/N-ggas die everyday b, I don’t got no sympathy/Look, whoop and Ima whoop back, front and get your crew clapped/We the ones shooting so no n-gga there ain’t no shooting back.”

It’s important to note that CJ wasn’t always as outspoken with his critics early on. While the industry plant claims were heating up, CJ always kept a leveled head and ignored all the criticisms. An example of that came from an interview CJ did with Ebro Darden back in February, where he spoke on all the hate he’s been getting.

“There’s no response. I don’t pay that no mind,” CJ told Ebro. “Everybody got an opinion, and you can’t satisfy everybody. I’m gonna keep doing what I do, and elevating and perfecting my craft. I don’t really pay no mind to what the internet’s saying. I’m good on this side.”