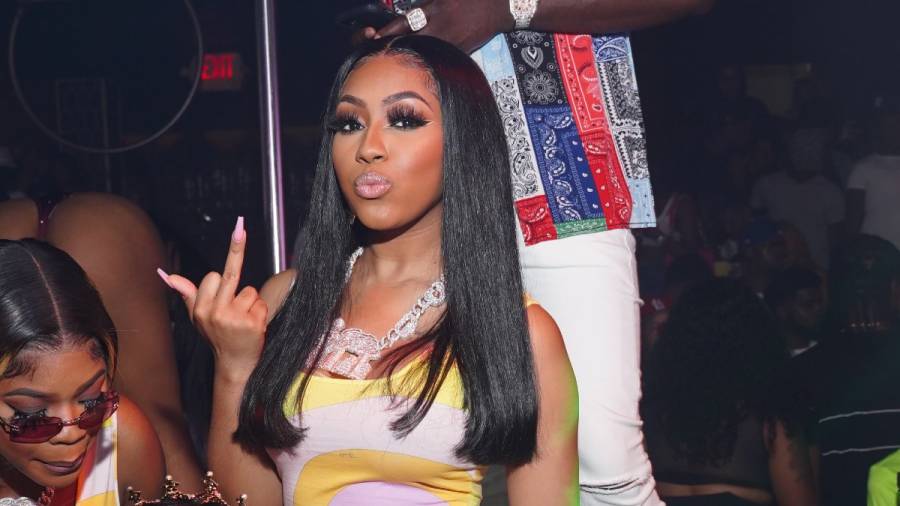 City Girls’ Yung Miami is beloved by her fans. The love and support are so strong that some of Yung Miami’s fans call her by her real name, Caresha. But it seems like Yung Miami isn’t rocking with everyone spitting out her government so freely.

On Tuesday (April 20), Yung Miami took to Twitter to address the fans getting a little too comfortable with her actual name.

“I been feeling violated every time a bitch see me in public,” she revealed through the tweet. “They keep yelling ‘Caresha’ STOP DOING THAT I DON’T LIKE THAT!”

I been feeling violated every time a bitch see me in public they keep yelling “Caresha” STOP DOING THAT I DON’T LIKE THAT!

Fans caught wind of the demanding tweet and proceeded to have all types of reactions to it. Some trolled the City Girl by calling her Caresha in the comment section, while others reiterated Yung Miami couldn’t be mad because she put her real name in her social media bios. There were also a few who respected Yung Miami’s wishes and recommended others follow suit.

Yung Miami having an issue with people who aren’t close to her using her real name isn’t anything new. A week before, Yung Miami sent out a similar tweet asking fans why they can’t just say her stage name instead of saying Caresha all the time. She also mentioned in the past how annoyed she gets by fans using her government, but it’s not entirely their fault.

Fans started calling Yung Miami by her real name after a series of viral videos posted in 2019 show close friend and rapper Saucy Santana screaming, “Caresha, please!” Fans caught on to the funny moment and took it upon themselves to call Yung Miami by her birth name.

Yung Miami took to her Instagram Story to explain why she doesn’t like it when people call her Caresha. According to the Miami native, Caresha can only be used by people in her tight-knit circle like family and extremely close friends. Moving forward, Yung Miami will block any other person who tries to use it on social media.