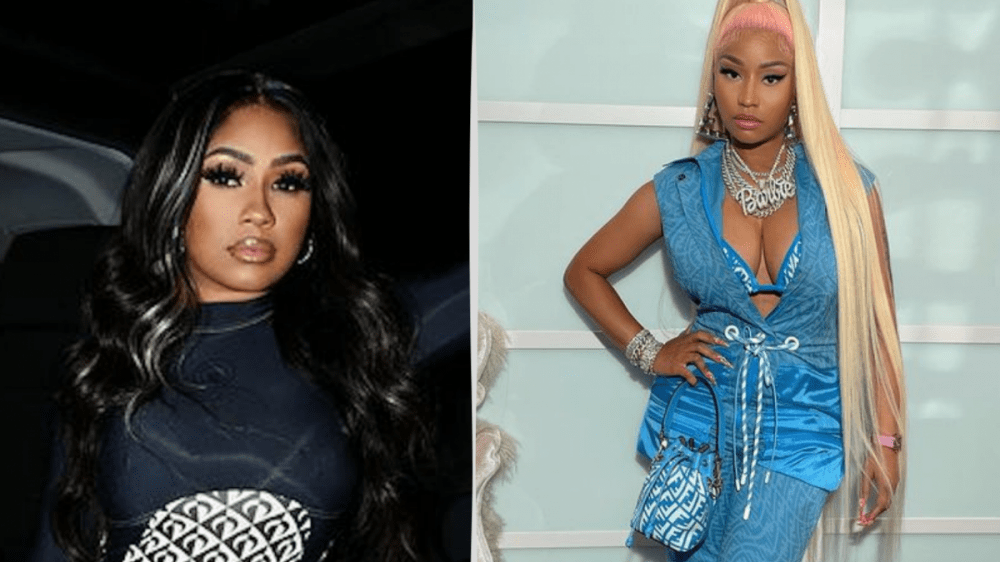 Yung Miami has pretty much everything a young rap star would want. But aside from endorsement deals and big singles as one half of the City Girls, there’s one thing in particular she still can’t get — Nicki Minaj to unblock her on Instagram.

On Twitter Sunday (May 16), the City Girls rapper put out a message to Nicki hoping for the two to make peace on the social media platform.

“Can you unblock me on Instagram @NICKIMINAJ ?” Miami wrote.

After fans pegged the City Girls’ star as desperate for her request to Nicki Minaj, she unleashed a series of follow-up tweets defending herself for the small request from the Beam Me Up Scotty rapper.

“I’m not obsessed, desperate, none of that fr,” she wrote. “I just asked her to unblock me I ain’t do shit! Tf.”

I’m not obsessed, desperate, none of that fr I just asked her to unblock me I ain’t do shit! Tf

One fan even brought up an old tweet of hers from September 2020, where she openly discussed her protocol regarding blocking and unblocking people.

“I hate when I see somebody and they be like unblock me I didn’t do nothing,” Miami wrote at the time. “It’s like no get your hating ass away from by me bitch!!!!!”

Fans continued to speculate on what Nicki Minaj’s reason was for blocking Miami. Some pointed out old tweets Miami sent before she became a rapper, while others posted a clip from a Breakfast Club interview in November 2018 during the height of Nicki’s feud with Cardi B. Although Miami suggested she was “Team Cardi” due to Cardi’s ties to Quality Control, she mentioned Nicki was the “only female artist” City Girls hadn’t worked with yet.

Beyond Yung Miami’s wishes to get Nicki Minaj to unblock her on Instagram, she also wants fans to no longer refer to her by her government name Caresha while out in public.

“I been feeling violated every time a bitch see me in public,” she tweeted on April 20. “They keep yelling ‘Caresha’ STOP DOING THAT I DON’T LIKE THAT!”

I been feeling violated every time a bitch see me in public they keep yelling “Caresha” STOP DOING THAT I DON’T LIKE THAT!