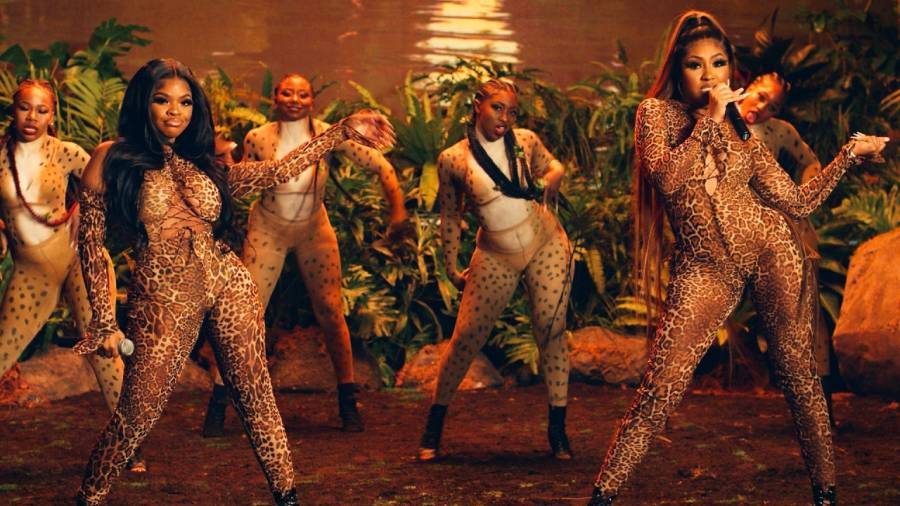 Issa Rae may be ending her hit show Insecure, but she’s already got a follow-up locked and loaded for HBO Max.

On Thursday (February 11), Variety announced the multi-hyphenate’s new tentatively-titled series Rap Shit received an eight-episode order from the streaming service. The show is based on two former high school friends who link back up to start a rap group, so it’s fitting that Rae tapped none other than City Girls to co-executive produce the series alongside Quality Control Music owners Coach K and Pee Thomas for Quality Control Films.

“Wrote a new show for @HBOMax!” Rae announced in a tweet. “One of my favorite writers, the hilarious @reetafajita is showrunning and my favorite group, CITY GIRLS are co-EP’s! Miami here we come! #RapShit.”

Wrote a new show for @HBOMax! One of my favorite writers, the hilarious @reetafajita is showrunning and my favorite group, CITY GIRLS are co-EP’s! Miami here we come! #RapShit https://t.co/jJDMwONAU0

JT was equally excited with her announcement on Instagram.

“What’s up it’s the city girlsssss! Thank you @issarae & @reetafajita for trusting us!” she wrote, adding in the show’s showrunner, Syreeta Singleton.

Singleton previously wrote on Insecure with Rae, and expressed her gratitude to have earned the new role in an Instagram post.

“We headed to Miami this summer!!” she wrote =. “Yo, Thank you @issarae – this is a literal dream come true. Ya girl is a showrunner?! It’s nuts! This is all God. Thank you to everyone for the love. And to my husband for his support, I couldn’t do half the shit I do without you @derriuslogan — why am I acting like I’m accepting an award? — oh and thank you to @beyonce! Cause duh!”

The series is currently casting and will begin filming this summer.